New Delhi: The 11th meeting of the Standing Committee of the Eastern Zonal Council was held at Patna on October 23, 2019, under the chairmanship of Shri Deepak Kumar, Chief Secretary, Government of Bihar.

The Committee reviewed the progress of implementation of the recommendations made at the last meeting of the Eastern Zonal Council relating to issues of water sharing at Phulbari dam under agreement signed by the States of Bihar and West Bengal on Upper Mahananda Water Scheme; new Railway line projects of Tarkeshwar-Bishnupur and Bhadutola Jhargram; and, land acquisition for development of Bagdogra airport.

The issues related to setting up of electric locomotive periodic overhauling workshop at Kalahandi, train between Bhubaneswar and Nayagarh, implementation of prohibition policy in Bihar, determination of pension liability between Bihar and Jharkhand, issues related to coal blocks, royalty on washed coal, MMDR Act regarding grant of mining lease, adoption of model laws relating to marketing and contract farming of agricultural produce and livestock, review of critical central sector health schemes, devolution of powers by the States to Panchayati Raj Institutions, speedy investigation of cases of sexual offence/rape against women and children, implementation of Direct Benefit Transfer (DBT) mission, impediments in development of coal mines, use of UIDAI database for verifying the antecedents of marine fishermen in high seas, land acquisition and forest clearance for doubling/extension/new line projects of railways in the States of Eastern Zone. Out of the 43 items discussed today, 36 items (81.39%) were resolved in the meeting itself or a mutually agreeable timeline was arrived at.

Shri Sanjeev Gupta, Secretary, Inter-State Council Secretariat (ISCS) , Ministry of Home Affairs made a detailed presentation to flag key issues in 43 agenda items that were deliberated upon. He also pointed out that the Union Home Minister had stressed in the recent meetings of Zonal Councils about (i) coverage of all villages which have hitherto remained without any banking facilities within 5 km radial distance by a banking institution; (ii) Enhancement of DBT Portal to include scheme/village-wise details by collecting real time information from respective portals of beneficiary-oriented schemes to give village level DBT fund transfer & benefits; and, (iii) Monitoring of investigations into heinous offences like POCSO Act, NDPS Act, murder etc. by Chief Secretary and DG Police.

The five Zonal Councils (Northern, Eastern, Northern, Southern and Central Zonal Councils) were set up under the States Reorganization Act, 1956 to foster Inter-State co-operation and co-ordination among the States. The Zonal Councils are mandated to discuss and make recommendations on any matter of common interest in the field of economic and social planning, border disputes, linguistic minorities or inter-State transport etc. They are regional fora of co-operative endeavor for States linked with each other economically, politically and culturally. Being compact high-level bodies, specially meant for looking after the interests of respective Zones, they are capable of focusing attention on specific issues taking into account regional factors, while keeping the national perspective in view.

All Zonal Councils have constituted Standing Committees consisting of the Chief Secretaries of the member States to screen agenda items to be placed before the respective Zonal Council for discussion apart from keeping a watch on the progress of implementation of the Council’s recommendations. 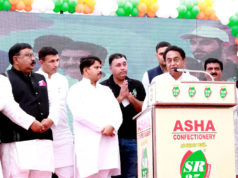 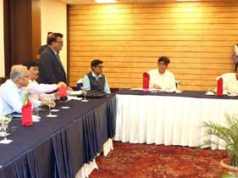 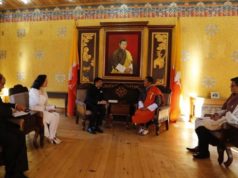