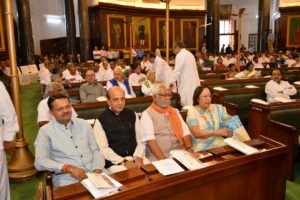 While Heptulla received the award for the year 2013, Yadav got the award for 2014, Azad for 2015, Trivedi for 2016 and Mahtab for 2017. The names were selected by a panel headed by Lok Sabha Speaker Sumitra Mahajan.