Odisha ahead as per Biju Babu’s vision: CM Naveen Patnaik 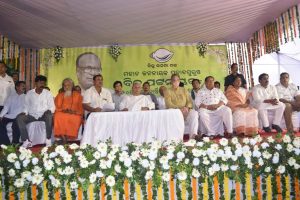 attnaik further said that, Odisha is the role model for several States as the growth rate of the state has been higher than the National average.

A considerable improvement has been achieved in terms of infrastructure, education, healthcare and other spheres, Naveen added.