54,157 COVID patients have recovered and discharged in the last 24 hours whereas the new confirmed cases presently are pegged at 47,638. 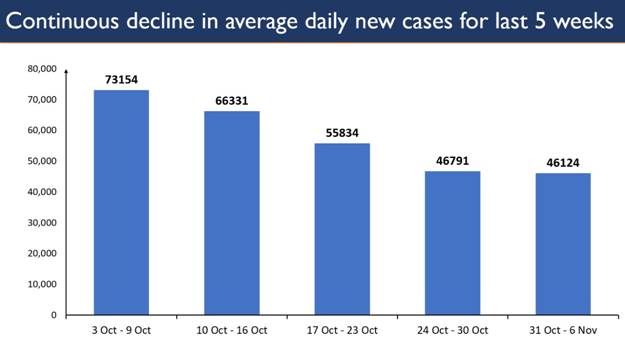 80% of the new recovered cases are observed to be concentrated in 10 States/UTs.

Maharashtra has contributed the maximum with more than 11,000 single day recoveries. 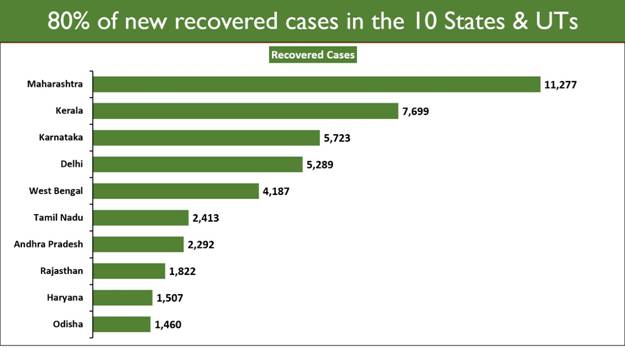 670 case fatalities have been reported in the past 24 hours.

Of these, ten States/UTs account for nearly 86%.  More than 38% of new fatalities reported are from Maharashtra (256 deaths). Delhi follows with 66 new deaths. 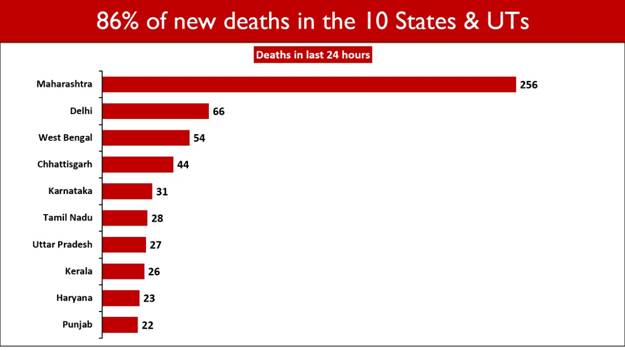