Kathmandu : Jagannath Rath Yatra which was stalled for three years owing to the COVID-19 pandemic was restarted with pomp and show into the streets of Kathmandu on Friday.

President Bidya Devi Bhandari has reached Sundhara in Kathmandu and observed the Jagannath Rath Yatra. President Bhandari received the offerings while participating in the rath yatra organized by the International Society for Krishna Consciousness Nepal (ISKON). According to the organizers, the rath yatra was organized for the first time with the participation of the President. The rath yatra started from Sundhara and went around different places of the city. 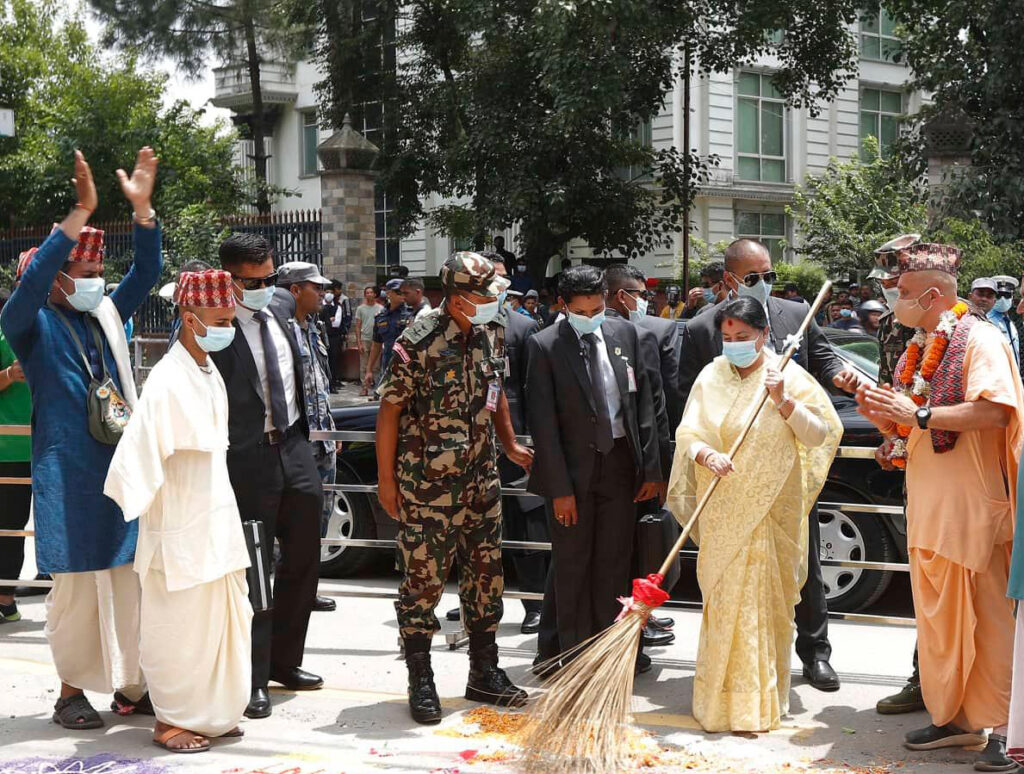 Hundreds of devotees walked into the streets of Kathmandu pulling the chariot to detour the city chanting hymns and slogans hailing Lord Jagannath.

The International Society for Krishna Consciousness had organized the Jatra in the Nepali capital Kathmandu which was last held in 2019 before the pandemic gripped the world. 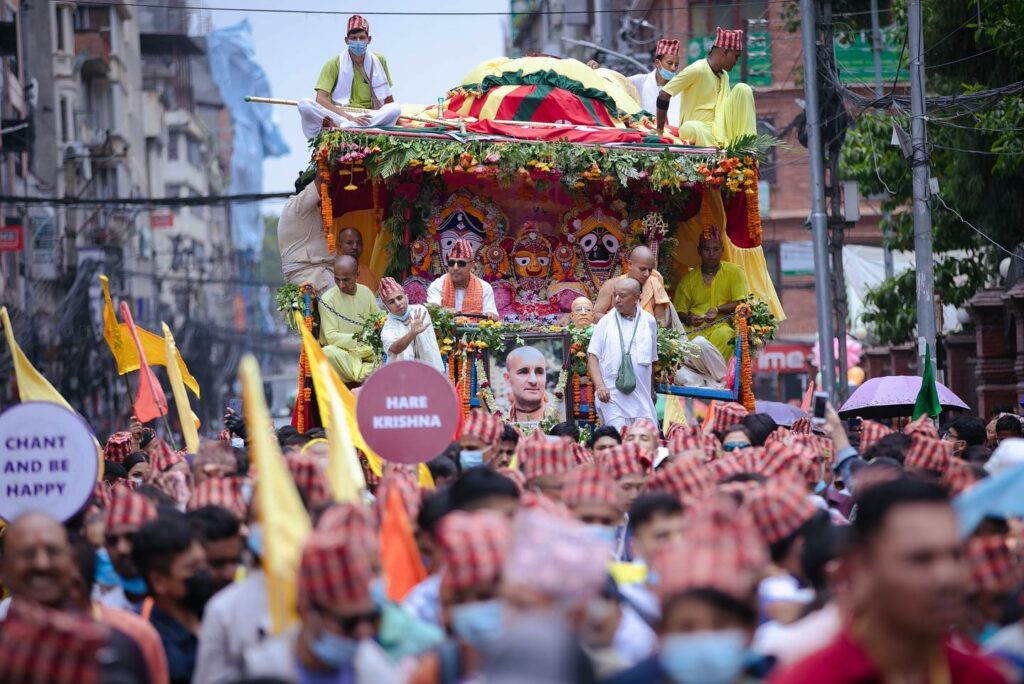 The Ratha Yatra, also known as the Chariot Celebration of Lord Jagannath, Devi Subhadra, and Lord Balabhadra, is the most prominent Hindu festival in the Puri city of Odisha.

The Pahandi rituals for the Rath Yatra of Lord Jagannath began in Odisha’s Puri. The participation of devotees in the Rath Yatra has been allowed this time after a gap of two years following the COVID pandemic.

This festival takes place every year on the second day of the Shukla Paksha in the months of June or July. This year the festival falls on July 1.

The three chariots are built a new, every year ahead of the annual chariot festival.

Vibrant colours, enthusiastic faces, crowded shops, and cheery craftspeople are just a few of the highlights of Rath Yatra in Puri, the popular Chariot celebration held on a big scale every year outside Jagannatha Temple.