New Delhi: The Government of India, the Government of Assam and the World Bank signed a loan agreement of $88 million here today to help modernize Assam’s passenger ferry sector that runs on its rivers including the mighty Brahmaputra.

A majority of Assam’s more than 361 ferry routes cross the Brahmaputra or serve its islands, providing a crucial means of transport to thousands of commuters in both the urban and rural areas of the Brahmaputra Valley. The Assam Inland Water Transport Project (AIWTP) will help Assam improve the passenger ferry infrastructure and its services and strengthen the capacity of the institutions running the inland water transport. Technically better designed terminals and energy-efficient vessels (both new and retrofitted) will make the ferry services more sustainable with least disruption to nature.

Shri Sameer Kumar Khare, Additional Secretary, Department of Economic Affairs, Ministry of Finance, said that India’s large network of inland waterways can play a significant role in the country’s economy. Its fuel efficiency contributes to lower operating costs and reduces environmental impact. He further said that in Assam, the rivers are a vital transport asset for its people. The Assam Inland Water Transport Project will help develop a modern, efficient and safe river transport system for the large volume of passengers and cargo carried by the vessels.

The loan agreement was signed by Shri Khare, on behalf of Government of India and Mr Junaid Kamal Ahmad, Country Director (India), World Bank on behalf of the World Bank.

Whereas, the Project Agreement was signed by Shri Adil Rashid, Commissioner (Assam Transport) and State Project Director on behalf of Government of Assam and Mr Kamal Ahmad on behalf of the World Bank.

Mr Kamal Ahmad said that Assam has the largest network of navigable waterways in India. The Government of Assam has taken on the challenge of modernizing the ferries sector which, though vital to the state, remains largely informal. He further said that with World Bank support, the government is creating an institutional framework that will mainstream Inland Waterways as a mode of transport that is both attractive and well-suited to a wide cross-section of people living in the Brahmaputra Valley of Assam.

The project will support the Government of Assam’s efforts to corporatise its own ferry activities. The Assam Shipping Company (ASC) will operate the government ferries and the Assam Ports Company (APC) will provide terminals and terminal services on a common-user basis to both public and private ferry operators.

Inland Water Transport is also a more sustainable mode of transport. It provides low-carbon and low-cost options when compared to the cost of constructing and maintaining flood-resilient roads and bridges across the long stretches of the Brahmaputra river.

Shri Atul Agarwal, Senior Transport Specialist and Mr Ninan Oommen Biju, Senior Port Specialist and World Bank’s Task Team Leaders for the project said that Assam’s ferry services are integral to the lives of the people living in the Brahmaputra valley of Assam, providing them with connectivity, mobility, and livelihoods, adding, that with better navigation aids, appropriate safety gear and more suitable marine engines, the ferry services are expected to get more reliable and safer.

Today, a quarter of all ferry passengers in the state are women and girls. The ferry terminals have few facilities, with limited seating (if any), or toilets or drinking water and most waiting areas are mostly overcrowded. Traveling on the vessels can be uncomfortable and difficult, particularly for women, children, older people, and for the differently-abled. The project will improve facilities for people using the ferry services and give special attention to the safety and security of women and girls.

The terminals will have better access, lighting and signages while the new vessels will allow for individual seats, and separate toilets. Moreover, a strengthened regulatory regime will ensure reduction in overloading, adherence to time schedule and better crew standards.

Loan of $88 million from the International Bank for Reconstruction and Development (IBRD) has a final maturity of 14.5 years including a grace period of five years. 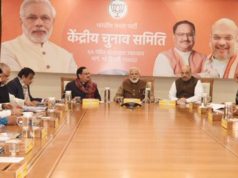 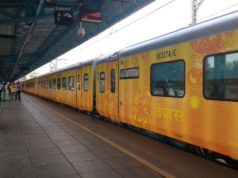 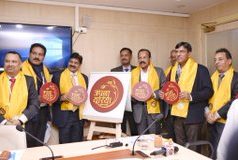