The thirteenth edition of the much-awaited cricketing tournament has begun. But this year, there is a twist. Owing to the Coronavirus pandemic, the IPL won’t be hosted in India. Instead, UAE is the new destination for the T20 tournament since it is a safe venue. As cricketing fans all over the world are geared up for this two-month-long season, here are some things which you need to know about it.

Here’s how much amount is spent on the teams.

The league will commence with all its glory from the 19th of September with four-time champion Mumbai Indians facing three-time champion Chennai Super Kings. Although the tournament was beginning from March earlier this year, it was postponed due to the pandemic situation. The last match of the league stage will be played on November 3 at the Sharjah cricket stadium. The final is set to be held on the 10th of November. The tournament will last for 53 days, and matches will begin at 19:30 IST. There will be 10 afternoon matches too, which will commence from 15:30 IST. The games will be held in 3 cities of UAE, namely, Sharjah, Abu Dhabi, and Dubai. To add to the thrill, there will be a total of 10 doubleheaders in the league. 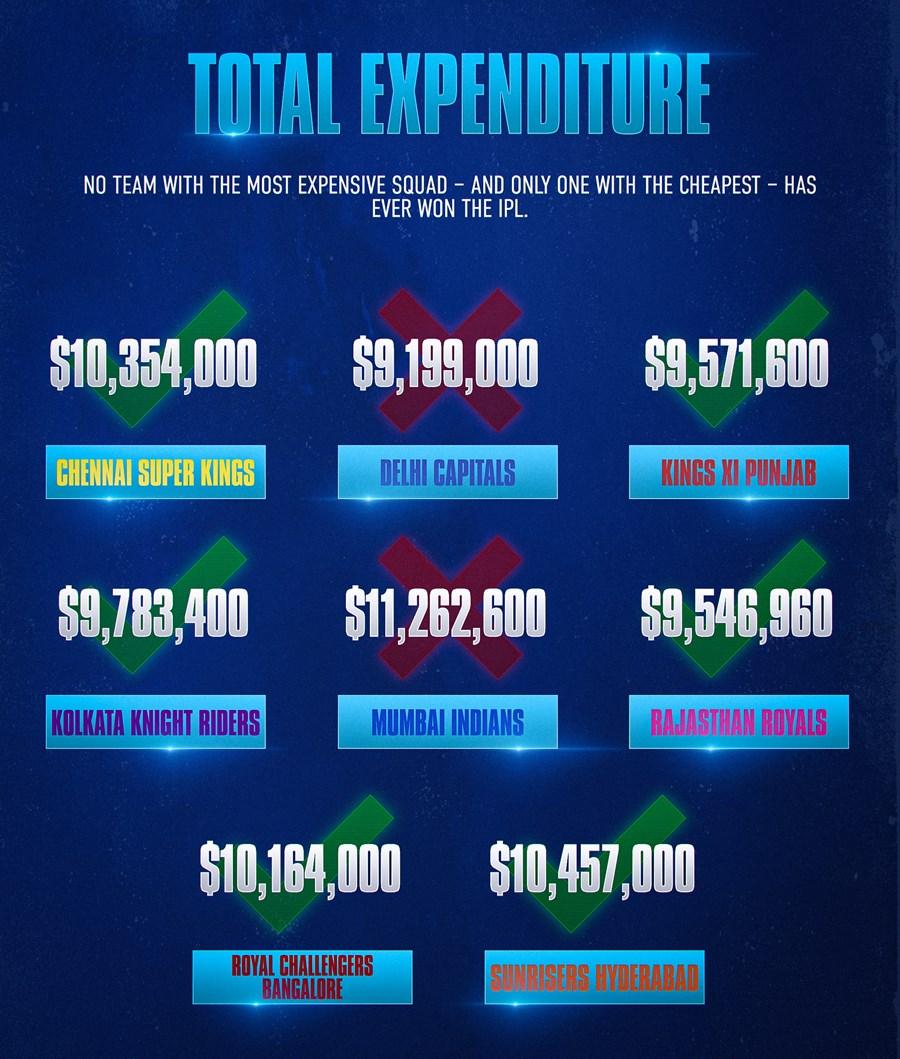 Where to watch IPL?

If you wish to watch the tournament on live TV, it will be broadcasted on the Star Sports network. It will be available in multiple languages, and there are numerous channels for the same. If streaming is a more comfortable option, the matches will be streamed live on  Disney+ Hotstar. You will require the VIP subscription of the Hotstar app to watch the cricketing league. You can view live updates and scores on the official website of IPL. If you are a UAE viewer, you can watch matches live on bEAN Sports.

Till 2019, Vivo had been the title sponsor of the Indian Premier League. But this time, the Chinese smartphone manufacturer has withdrawn owing to the border tensions between India and China. Bids were sought for the title sponsor position, and the highest bid came from Dream11, which is now the title sponsor for the IPL 2020.

Like the previous seasons, this year will also see different players competing for the two coveted caps. The orange cup is awarded to the player who scores the highest runs throughout the tournament. The purple cap is handed to the bowler, who manages to take the most wickets in the season. Last year, David Warner, who was in remarkable form, managed to clinch the orange cap. As for the purple cap, the South African bowler, Imran Tahir won the purple cap. It will be interesting to see if these two veterans manage to defend their respective titles. It is fun to see how the odds stack up and earn from it too.

Some of the facts from this were taken from Betway.

Hyderabad up against Goa in must-win game

OPPO F19 Pro Series to launch with Varun Dhawan as the...