Bhubaneswar: As a new initiative of ST&SC Development Department, State Tribal Museum goes virtual. Visitors can visit the museum virtually by opening the twitter pages @scstrti, @stscdev in every Sunday.
On 13th September visitors can visit the indigenous methods of food preservation by ‘Paraja’ community. Paraja are the agrarian tribe settled in the districts of Koraput, Nawarangapur, Malkangiri, Kalahandi and Rayagada in the Southern Odisha. For the vast majorities of ‘Paraja’ who live in Odisha life revolves
around paddy cultivation.
To ensure food and seed security the ‘Paraja’ follow traditional methods of food preservation. They preserve food grains like rice, finger millet, black gram and green gram. They prefer to use organic pesticides and pest control techniques.
The ‘Paraja’ community of Koraput cultivate open pollinated local varieties of rice.
Indigenous traditional knowledge of ‘Paraja’ tribes reflect that they use leaves of crown flower, neem and bitter gourd. These leaves are mixed with cowdung and cow urine and the mixture is allowed to ferment for 15-20 days. The resultant liquid is filtered and used as pesticide spray. 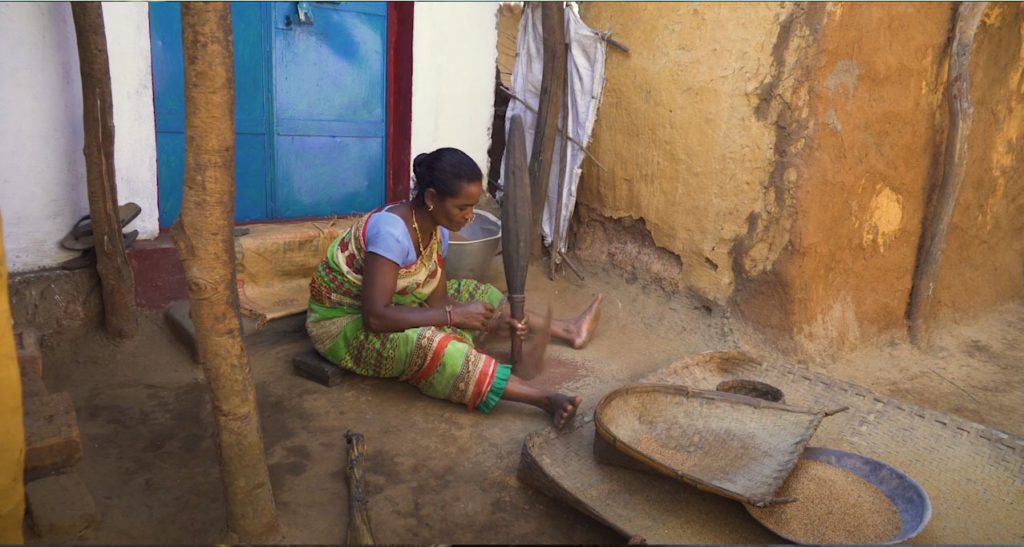 If a pest attack is observed, interestingly ‘Paraja’ use spiders for natural pest control. An odd number of Sala Palm leaves (5,7,9) each bearing cobwebs is planted among the growing seedlings. The practice being a combination of traditional beliefs and scientific observance. The Goleki or Bamboo grain bin
serves as the store house of the family’s rice. The grain beans are placed in a small room with the ‘Paraja House. The second way of preserving rice is in a wooden storage bin known as ‘Gaadia’.
Using traditional practices, the ‘Paraja’ preserves grain, pulses and vegetables. The ‘Paraja’ maintain the biodiversity of the Koraput region favouring open pollination rather than hybrid seeds. Their traditional practices, the use of organic pesticides and insecticides natural pest control and indigenous methods of
food preservation are studied by Agriculture Scientists.
‘Parajas’, much before the invention of refrigerators and other machineries, were trying to preserve using their own indigenous methods. Different kinds of vegetables mainly mushroom, Potato, ginger, cauliflower and many other vegetables were preserved often pretty long time using their indigenous method
and using organic materials, said Prof. Dr. Akhil Bihari Otta, Direc

IndiGo achieves its next milestone; operates 50,000 flights since lockdown