New Delhi : The Union Home Minister, Shri Amit Shah held a review meeting in New Delhi today, on the security situation and development aspects of Union Territory of Jammu & Kashmir. The Lieutenant Governor of Jammu & Kashmir, Shri Manoj Sinha, Union Home Secretary, Director (IB), RAW Chief and other senior officials of the Government of India, including the Officers from UT of Jammu & Kashmir attended the meeting.

Shri Amit Shah reviewed the functioning of the security grid and various aspects related to security and gave necessary directions to follow the policy of zero tolerance against terrorism. The Union Home Minister also reviewed the various developmental works being implemented in the UT of Jammu and Kashmir and emphasized on timely completion of projects. He also directed the officials to strive their best to achieve 100 percent saturation of the beneficiaries under various schemes and ensure the benefits of development reaches every section of the society. 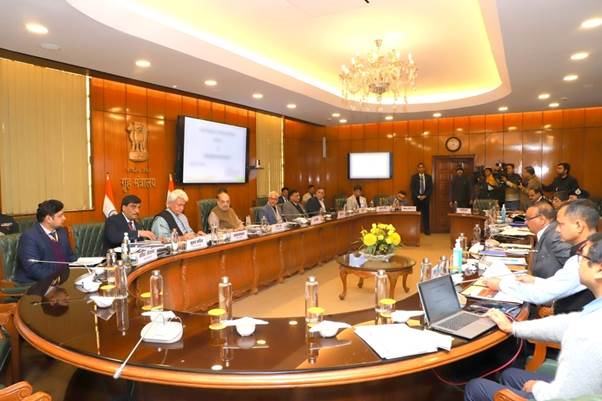 A terror eco-system comprising element that aid, abet and sustain the terrorist-separatist campaign to the detriment of the well-being of common man requires to be dismantled, said the Union Home Minister.

Mr. Amit Garg takes over as Director (Marketing) of HPCL