Union Home and Cooperation Minister, Shri Amit Shah visited the Fatehpur BOP on the Indo-Nepal border in Bihar and observed Pillar No. 151 and 152 and also conducted review of various activities of the border area with Sashastra Seema Bal(SSB)

New Delhi :  Union Home and Cooperation Minister, Shri Amit Shah visited the Fatehpur BOP on the Indo-Nepal border in Bihar and observed Pillar No. 151 and 152 and also conducted review of various activities of the border area with Sashastra Seema Bal(SSB). Shri Amit Shah inaugurated the BOP buildings of Fatehpur, Pektola, Beria, Amgachi and Raniganj at Fatehpur BOP and interacted and had refreshments with personnel there. Shri Shah also visited and offered his prayers at Budhi Kali Mata Temple.

Shri Amit Shah said that the Government led by Prime Minister Narendra Modi has been working in a time bound and phased manner to provide residential facilities for security forces personnel deployed along the border, for their families in the last eight years. Under this national program, five buildings are being inaugurated today at a cost of Rs 25 crore. He said that under the leadership of Prime Minister Narendra Modi, the government believes that the personnel of our security forces spend the golden years of their lives in difficult conditions on the borders for the security of the country, it is the duty of the Government of India to take care of their wellbeing and convenience. Shri Shah said that under this, the residence of Jawans, NCO barracks, outpost in-charge residence, mess, armoury, storage and solar power plant of about 10 kilowatt capacity are being inaugurated today. Along with this, buildings have been constructed on 5 acres of land in Pekatola at a cost of Rs 7.50 crore, in Beriya at a cost of Rs 4.5 crore and in Araria and Raniganj at a cost of about Rs 3.5 crore. 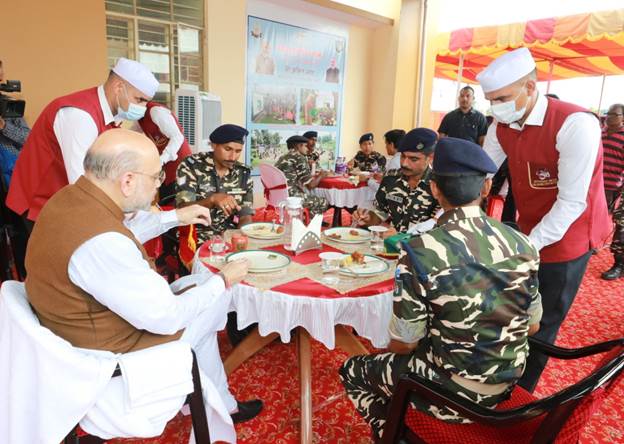 The Union Home Minister said that the Sashastra Seema Bal has a history and since the policy of one nation and one border security force was adopted by the Government of India from the time of former Prime Minister Late Shri Atal Bihari Vajpayee, since then important responsibility of the security of the open borders of Indo-Nepal and Indo-Bhutan has been given to the Sashastra Seema Bal and this force has fulfilled its responsibility very well. He said that the open borders need to be guarded  more tactfully and carefully and SSB has been successful in preventing any kind of illegal activity by doing this work efficiently. He said that in such a situation, our communication with the villages, network of information and our behaviour with villagers through service is important in securing the borders. That is why the slogan of Service, Security and Brotherhood has been given to the Sashastra Seema Bal with great care.

Shri Amit Shah said that when Left Wing Extremism was at its peak in Bihar and Jharkhand, the SSB Jawans have made a huge contribution in the fight against Left Wing Extremism, which the country can never forget. SSB Jawans fought a tough battle against Naxalism and  rooted it out in the Eastern region of the country by making supreme sacrifices and as a result of this, today Naxalism in Bihar and Jharkhand is almost on the verge of ending. He said that when the border is open, the use of technology becomes very important. Be it CCTVs or drones, the security of borders should be ensured by adopting a variety of technologies. He said that all the forces should adopt technology by adopting each other’s good practices as technology can become a great medium to secure borders. 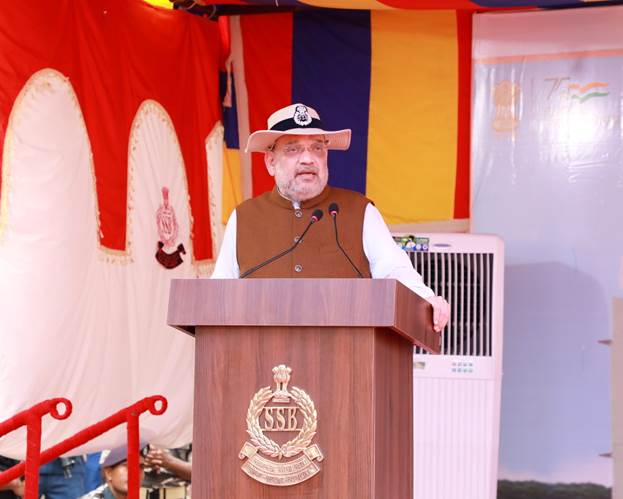 The Union Home Minister said that when the Union Home Ministry started the tree plantation drive in 2019, SSB was the first among the security forces to achieve their target. He said that recently, under the leadership of Prime Minister Modi, the country celebrated Amrit Mahotsav, launched Har Ghar Jhanda campaign and kept an aim to further ignite the spirit of patriotism, especially in the villages of the border areas. Under this, SSB personnel distributed 10 lakh tricolours door-to-door and also did the work of hoisting them. Shri Shah said that all the SSB Jawans are protecting such a huge international border connecting two nations with devotion and patriotism. He said that the area under SSB is close to the Siliguri Corridor which is a very sensitive area for our country. We have West Bengal, Sikkim and Assam on one side and on the other side Nepal, Bhutan and Bangladesh. This whole border area is very sensitive and especially in the the sensitive corridor like Siliguri you have to act more cautiously while performing your duties.

Shri Amit Shah said that after the formation of the government under leadership of Shri Narendra Modi, in 2014, no stone has been left unturned in enhancing the infrastructure on the border areas. Between 2008 and 2014, around Rs 23,700 crore was spent. But after the formation of Government under leadership of Prime Minister Narendra Modi, the amount of Rs. 23,700 crore has been increased to  Rs 44,600 crore. Earlier the expenditure which was Rs 4,000 crore per year is now Rs 6,000 crore per year. The construction of roads has been increased by almost three and a half times and this reflects the priority of the Government of India to protect the borders. The security of the borders of the country cannot be ensured without the tireless work and sacrifice of the security forces. 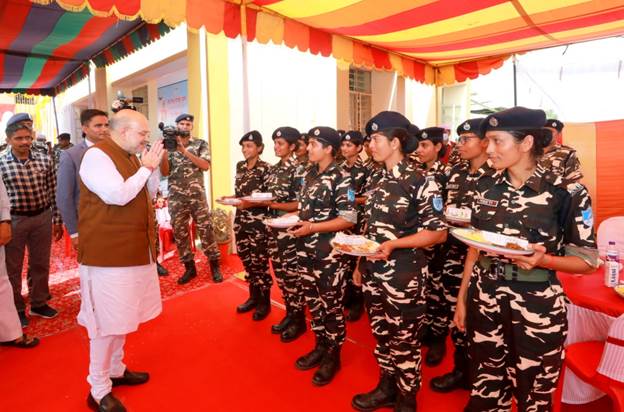