New Delhi : Set amongst the sparse landscape of an isolated farming community in Canada, four adolescent girls’ band together to escape their desolate lives. By reclaiming an abandoned farmhouse as their own, they form an intense and obsessive bond that leads them to a dark place where their innermost fears and desires destroy their only safe place. Showcased in the ‘World of Cinema’ section of the 53rd International Film Festival of India The Young Arsonists directed by Canadian visual artist Sheila Pye gives a glimpse into the ways these girls manifest their desperation into a collective rebirth. Speaking at the media & delegates interaction organised by PIB at IFFI 53, Director of the film Sheila Pye said that the story drew a lot of inspiration from her child hood and most of the characters are from real people she knew in her life.

In reference to the abandoned farm house imagery used in the film, Sheila Pye said that as a child her hobby was breaking into abandoned homes in the country side. “I like to experience that feeling of fear, excitement, wonder and like exploring stuff. My first short film was made when I am 18 and I broke into an abandoned house with a tripod to shoot the stuff. Such experiences would have contributed a lot towards the unconscious inspiration for my films,” she added.

Shiela Pye also acknowledged that a lot of her visual art work is definitely inspired by Canadian Gothic literature. She further said that the style might have seeped into her films by instinct. Responding to queries, she said that economic realities definitely form a part of the life of the main protagonists’.

The girl characters in the film who escape to a farm house from the myriad problems in their life are haunted by conflicts as if there is no escape from their burdens. The ‘young arsonists’ in the end also set fire to the safe house which they considered there fiefdom. Is there no scope for a bit more hope or optimism in the worldly life? Well, according to Sheila Pye, the visual metaphor of fire used in the film is not a destructive force, but an element which purifies the overburdened and sad life. “When the protagonist burns down the house in the end, I didn’t intend to show it as a negative thing, but a positive thing. She finally found the freedom, face the reality and is ready to move on. Life is full of necessary contrasts. I don’t want to have a necessarily happy or sad ending for my film. I did see a lot of hope,” she described. 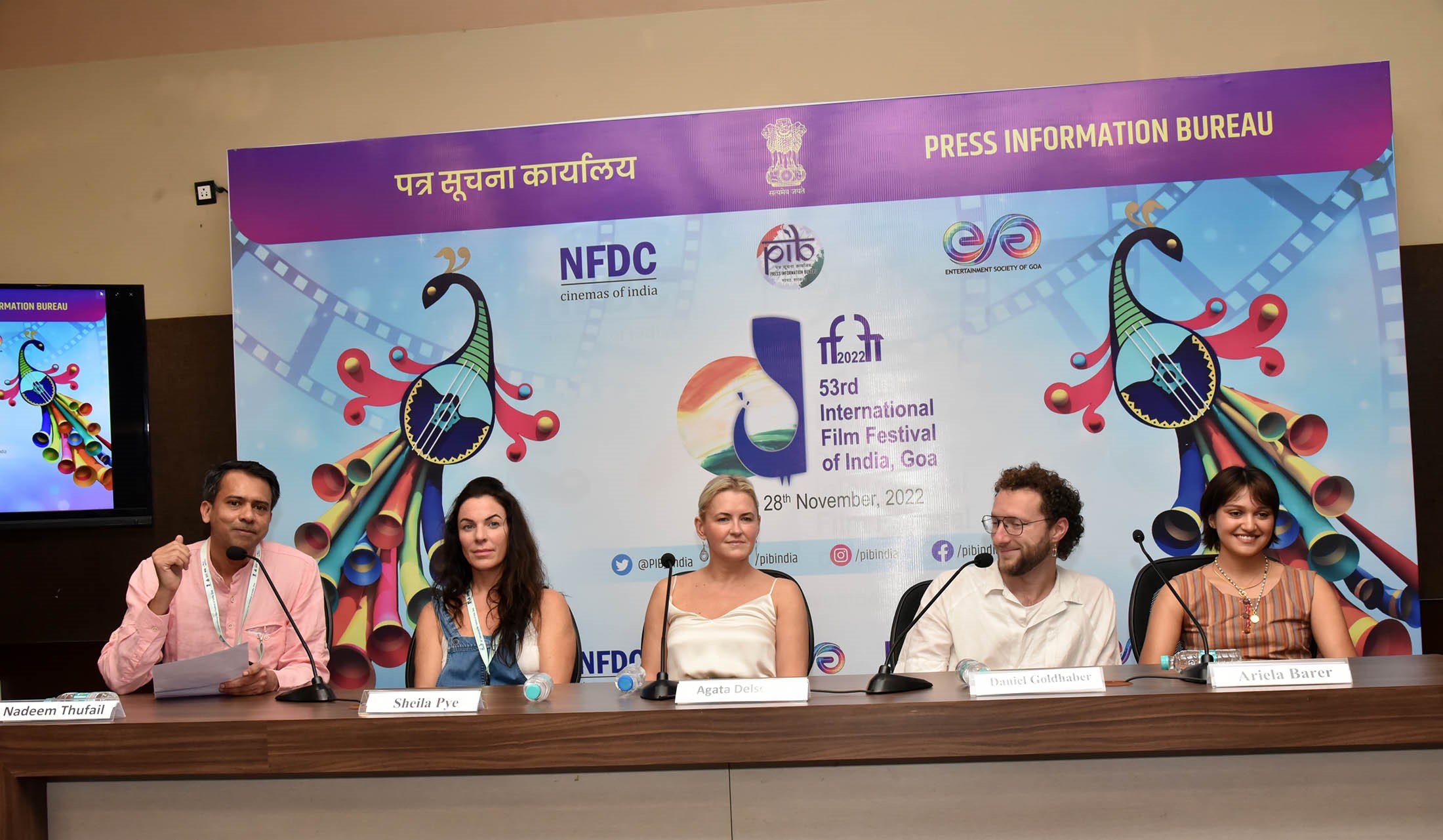 Brought the mastery over visual arts into the film? To this, Shiela Pye replied that even before writing the script she assigned her main characteristics particular colour- one girl is red, one girl is yellow, one girl is blue and one girl is green. And it became my principle to start exploring the girls, she elaborated. On the transition from short films to feature films, she said that the process was interesting, challenging and incredible. Agatha Delsorbo, Producer of the film informed that after IFFI, The Young Arsonists will be screened in Cairo Film Festival.

The Young Arsonists which had its Asian premiere at IFFI 53 earlier had the film’s World Premiere at the Toronto International Film Festival 2022.

Set in 1980s rural Canada, director and visual artist Sheila Pye’s haunting feature debut follows a group of teenage girls – each suffering some form of family trauma – whose relationships with one another are both strengthened and tested over the course of a summer.

Sheila Pye is an internationally acclaimed visual artist and her short films have been screened at prestigious festivals including Locarno and TIFF. Her short film, ‘The Red Virgin’, premiered at TIFF in 2011 and won the Night of the Spanish Short Film Award at the Valladolid International Film Festival in Spain.