The Union Minister highlighted that the National Film Heritage Mission launched in 2016 is aimed at preserving, restoring and digitizing our cinematic heritage. In this context, the Union Minister announced that a decision has been taken yesterday that, “Out of the total outlay of Rs. 597 crore earmarked for this Mission, Rs. 363 Crore shall be utilized exclusively for restoration purpose, making it one of the World’s largest film restoration projects”.

He informed that the process of restoring over 5900 short films, documentaries and features is underway and this exercise carried out by NFAI proves to be one of the world’s biggest restoration, conservation, preservation and digitization process undertaken.

He also informed that restoration process includes a large number of films including films include short films, features, documentary Films made in different Indian languages. He added that the Government has taken up this responsibility in a mission mode and efforts are made to bring in new technologies to restore and to archive this valuable cinematic heritage for generations to come.

Earlier in the day, the Minister held a meeting to review the functioning of Film and television Institute of India (FTII) and deliberated on the vision of taking FTII to international standards of excellence. The Union Minister commented that collaborations with film institutes of international repute would enhance the story telling capabilities of students. FTII should nurture entrepreneurial skills and equip students to launch startups in film and television productions, he added. 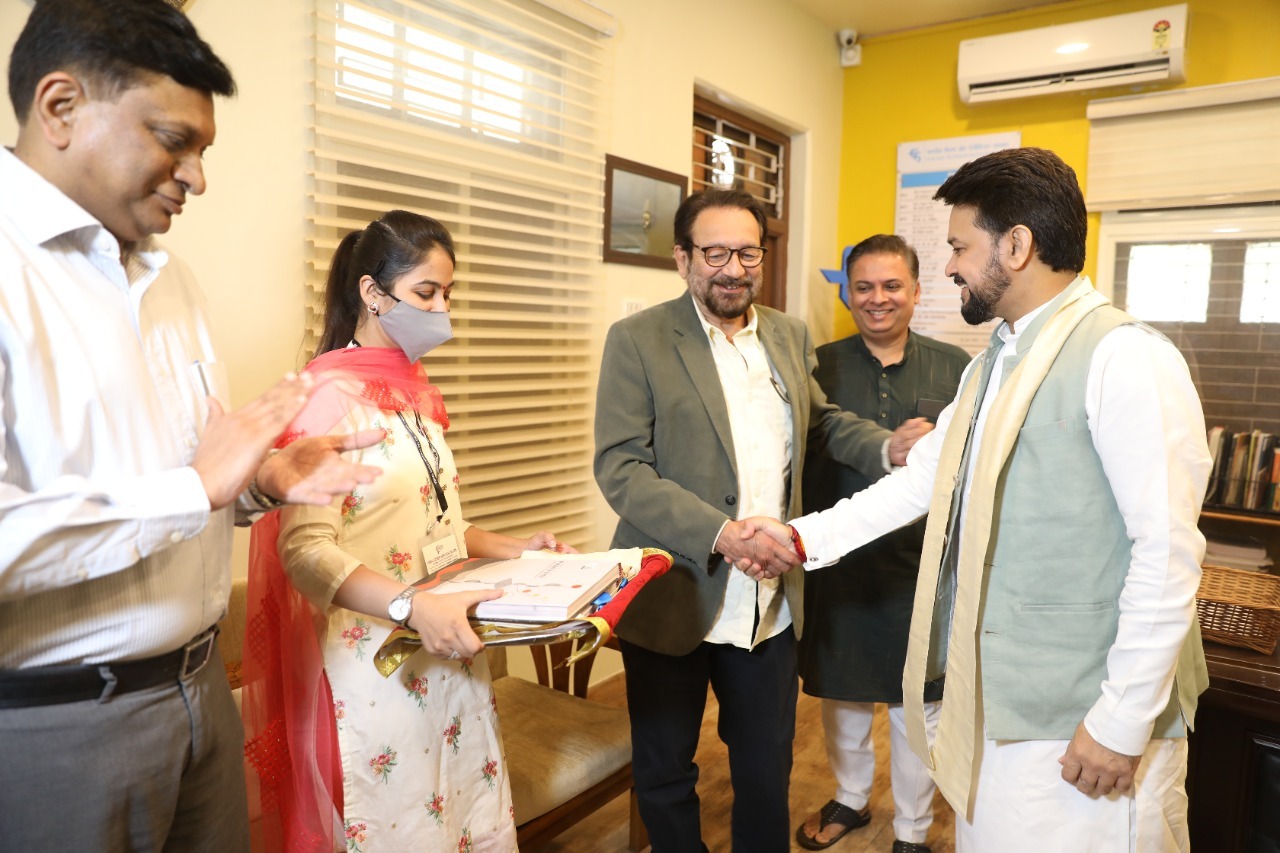 “FTII is a prestigious institute of India. During the review meeting an elaborate discussion was held on how to take FTII forward in TV & Film sector and also promote FTII in the field of Animation, Visual Effects, Gaming and Comics. Also, by honing the skills in our students they can be transformed from job-seekers to entrepreneurs,” he said to the media.

“Our institutions and students are central to achieving our vision in the Media & Entertainment sector,” said Union Minister during his one-day visit to Pune. “It’s time to re-position our lens and aim to make India- the content hub of the world,” the Minister said. The Minister held review meeting at Film & Television Institute of India (FTII), and National Film Archive of India (NFAI), today.

“I interacted with the FTII students and faculty to understand how we can work together to showcase the best of this institute and make it ready for new age cinematic excellence, partnerships and more,” the Minister added.

Union Minister Anurag Singh Thakur also released Hindi edition of Lensight, the academic journal of FTII. The Minister was given a tour of the Institute.

While interacting with Heads of Departments, the Minister urged the faculty to keep upgrading themselves and bring partners from industry to FTII. He also emphasized on the larger outreach activities and partnerships with organizations to run courses in film and television production various parts of the country. Chairperson, FTII, Shekhar Kapur; I&B Secretary Apurva Chandra; Director FTII, Sandeep Shahare and other officials of the Institute were also present.

President Ram Nath Kovind Will Reach Bhopal on May 27