For actor, VJ, Radio Jockey Salil Acharya stage was was never an alien being. In an exclusive interview with us, he says, “Back in school, I was on stage, hosting shows, into drama and all. I was 8 years old when I encountered stage for the first time and I did my full-fledged play when in std 5of 2½ hours- ‘the King Who Limped’. I never had stage fright. So things germinated from there until it took a professional turn.

Since I belong to Delhi, I was a part of the professional theatre group back there called “scene stealers”. Plus events were my bread and butter back then too. Till today, many professional anchors or hosts are not comfortable with crowd interaction. However, because of the early years of my hosting, I never face that challenge.”

His journey in industry began with radio, which happens to be like this- “Through a radio contest, I moved to Bombay. Though I was a good student who did he eco (h) in Delhi University, I didn’t feel like continuing down the academic path.
I wanted to do something out of the ordinary, That’s why when I got an opportunity with Radio Mirchi, I grabbed it. I was also very good at sports, especially Tennis and Cricket but couldn’t pursue them further.
And I’m 2016 I was able to marry
My love for sport and hosting I hosted Pre-IPL in 2016 didn’t end up hosting the IPL after that but I guess Sony wanted me in sports presenting so Then “The Pro wrestling league happened) And from there I went on to host WWE and became India’s first host at Wrestlemania
Sports Was my world and right from the 1940s to the current world I just lapped up everything abt sport- cricket, tennis, the Olympics racing everything. That resulted in me doing several events in the field of sports presenting,” he shares. 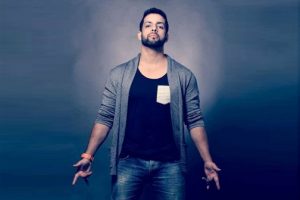 He tells, “I’ve also dabbled a lot in voice acting :
As a voiceover artist, I have dubbed Black Panther, Captain America, Avatar, Aladin and other numerous Hollywood productions for their Indian theatrical releases
While it was doing all this I also expanded my entrepreneurial side by opening 2 companies :
S.S Productions and Blueprint. .. where we make digital and audio content
As a result of that, I was called the 24/7 guy coz all did was work
My production house specialised in non-fiction content: cookery shows, yoga shows, talk shows, audio podcasts for Spotify and setting up the audio soundscape of savegame caravan
My other company
Blueprint is for the distribution of contents. Between 2015-20 we managed to expand quite a bit and started doing a lot of corporate work too.”

However, Salil never wanted to be run in the race of glamour world. He says, “Many people come to this industry either to act or to become famous. I didn’t come for either of these. So my thinking was always different I was introduced to Indian cinema much later in life. Since My upbringing was very much, I learnt my Hindi on the cricket pitch, my introduction to Hindi cinema was also gradual so it all happened slowly.

The whole process of my professional career has been very organic. In all my life, I have never used a script for an interview. I have been doing interviews for the last 20 years. Once I started living in the world of Bollywood, it became my bread and butter. So, I never really needed a script I was living breathing this right down to even reviewing films, I was reviewing films for four years of so consuming 4-5 films a week for 4 years so u can imagine how many films I’ve seen
I was very particular about giving stars to films unlike others to get popular. I remember, ‘Queen’ is the only movie I had given a 5-star rating. That’s the reason they respected what I thought about cinema. That’s why I am with so much ease with stars as well because I met them so often they respected my point of view. But it wasn’t just reviewing, I used to promote films by hosting trailer launches, song launches, event everything
So obviously hanging out with the cast and crew often a kind of bond developed which is why I think my interviews and shows with them were always different.
Also, I never abused my closeness with the stars for “sensational stories” That’s what they respected about me.”
“Since the last 2-3 years things have changed. The stars are very guarded now because of the advent of Social media. Although people know everything about them they also get trolled a lot.”

When asked about his acting career, he mentions, “A lot of people ask me why I don’t act more. Awaarapan got me critical acclaim, Aashiqui2 got me worldwide fame, 3 am put me on a poster in Bollywood, but I was never desperate for roles so I guess I will bide my time.” 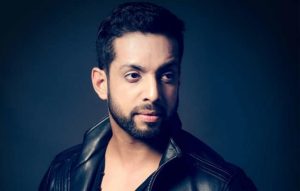 Salil’s podcast on Spotify is a real deal for listeners. Talking about it, he says, “My podcast “off-script with salil” is now in its 3rd season, I think Namunni the Spotify head who sanctioned my show always had great faith in me which is why this show has completed 48 episodes with another 24 coming up.
And it’s the only show of its kind in the podcast universe which has had stars like Tapsee Pannu, Chetan Bhagat, Suresh Raina, Sri Sri Ravi Shankar, Gaur Gopal Das, Sonakshi Sinha, Ashish Chanchlani; every big name from every field has come on it. It’s now slowly getting very popular with the stars and the online podcast world which is very satisfying since I produce every bit of the show including arranging the stars.

My podcast is barred of scripts. We don’t run with scripts at all. Unni, the head of Spotify asked me to do a talk show for them. Earlier my interviews used to go abroad a lot. Artists and production houses knew me. But I was lesser known amongst the common public. So I started with my show and we are in the third season. From Tapsee to Guru Gaur Gopal das, Ashish Chanchlani to Prajakta Koli, Tony Kakkar to Darshan Raval, to Sri Sri Ravi Shankar
It went from strength to strength, last season we had Suresh Raina too and this season PV Sindhu soooo it’s rocking the podcast world

Podcasts are a huge investment. But here, the return is speculative. That is because the podcast scene is yet to reach the Indian audience to that extent.
But it’s getting bigger and makes me happy to know we were at the forefront of it.”