Singer Shweta Subram musical journey has been very absorbing. Although she has lived majorly outside India, she has predominantly worked in Bollywood and Kollywood. On a note of an informal conversation with us, she shares about her musical life so far. She says, “It all happened when I won the award for Best Singer by Sangam Kala Group. Also, I had friends and family around me who believed that I should pursue music seriously. They could see my passion for the art and felt that I would be the happiest if I did it full-fledged than just as a hobby. After going through an intense 4 month-long competition and winning the competition for my rendition of ‘Lambi Judaai,’ I had my heart set on going to India and getting a feel for what the entertainment industry entailed.”

Her biggest playback breakthrough happened with Ayushmann Khuranna for the movie ‘Hawazaaida’ with the song ‘Dil-E-Nada. She mentions, “This happened out of the blue. I had done a cover of Ayushmann Khurrana’s Mitti Di Khushboo. His sound engineer, Bharat Goel liked my voice and proposed it to Ayushmann Khurrana. Fortunately, I was en-route to Mumbai when the call came. The rest as you know is history.

It was a stepping stone for me into the world of Hindi music. Another highlight in my career was the opportunity to perform at the IIFA Awards with Bollywood music director duo Salim-Sulaiman. Apart from commercial film work, I had the opportunity to introduce Hindi music to Western music lovers through my collaboration with The Piano Guys. I was asked to give an Indian twist to the chartbuster ‘Don’t You Worry Child’ by the Swedish House Mafia. I gave it the title ‘Khushnama’ and the response was overwhelming. The audiences loved my rendition and my screen presence. This would be my biggest breakthrough and contribution to the world of music. The video has crossed 21 million views online.” 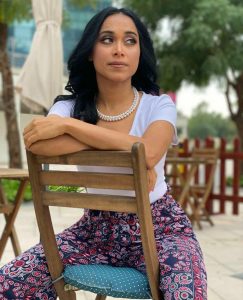 Shweta’s performance at IIFA Rocks led her to new heights. “After sharing the stage with Salim-Sulaiman, I also toured with them and performed with them in a few cities in Canada. I also headlined with them for Masala Mehndi Masti in Dubai. That performance helped me gain more prominence in Toronto as well as helped gain industry visibility in Mumbai,” she said.

Shweta believes that her formal training in music holds all the credibility of her career. As she says, “Formal music education and music training are very essential to build a strong foundation in the music journey. Knowledge should never be underestimated and learning must never stop. All the collaborations I have done and featured, I have also had to provide inputs musically. All this is possible only when one continues to learn. Understanding musical notes, tempo, rhythm, and melody are all important. I feel like when I enter recording studios and sit with fellow musicians and music directors, training helps me understand their train of thought and enables me to contribute ideas of my own.”

She has also notably worked in regional industries about which she says, “I think each regional industry has its flavour. There is tremendous talent across India, and I have learnt a lot about singing in Tamil, Marathi, and Gujarati. Adapting to different languages and bringing out the colloquialism in my rendition can be a challenge, which is why it’s important to understand the essence of the song and do your homework to get it right.”

“With the amalgamation of diverse cultures, new genres are being created which are quite distinct from what we have heard. To put it broadly, this is what we define as the fusion music genre where we mix different cultural elements into our music. Much of Bollywood music today fall in this genre by infusing Western Dance and Hip Hop styles in today’s songs. Likewise, we can see Indian influences in music coming out of the west. From my side, my originals ‘Jee Le’, ‘Ajooba’, and ‘Piya’ could fall into this category. Similarly, Jalebi Baby would also be considered fusion as my voice brings out the Indian element on an otherwise westernized beat. 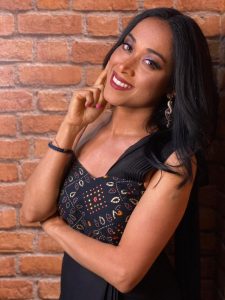 Her latest track “Jalebi Baby’ has taken Instagram on fire. She gladly remarks, “Yes, Jalebi Baby is on fire. I am glad to have been chosen as the female vocalist to sing the hook Jalebi Baby and the social media love has been great. However, there is still a lot more to come from me and I would love to see continued appreciation for my work.”

About her new upcoming projects, “I have a few originals that have to be released, and I am currently working on releasing them. Also, I have some unreleased covers. Further to this, I am exploring new musical ideas and collaborations. I have released the lyrical video of ‘Rasiya’ . ‘Doli’ will be released separately as a single really soon. It was featured in a Netflix documentary on Sunny Leone called ‘Mostly Sunny’. Keep an eye out for these.”