Singer Shweta Shetty has made a comeback with her new single ‘Jalbe Mein Hai Mazaa’ on Sony Music. The song is recreated by producer Addy S composed by Salim-Suleiman.

Talking about it, Shweta says, “It has just been just few days and as you can see we started out without any publicity but the response I am getting, I am really glad that I have the right PR agency backing me. Sony Music has also started the promotions. But I am amazed with the phenomenal reaction and feedback. The only message this song carries is love, and it brings back the wonderful time of 90’s.

The main guidelines to producer Addy S was I wanted to bring happiness to the turmoil that this country has seen like no other country in the world. My thought was to make a song that would make the eyeballs pop, feet dance, and most importantly, make you feel good.”

About recreation, she further mentions, “The song actually was a ballad. I love this song. Infact I chose Salim-Suleiman on basis of this song. And as Sony has the rights to this song, and I called up my producer Addy who lives in Delhi, and I asked him if he could make this song a disco song. I said, let’s have a little bit of retro, house music. He loved the idea as he is a 90’s kid too and has grown up on my music. He exactly knew what I wanted. He changed that ballet into a disco and my dream came true. I am just so happy with the response. I had really fun doing the video. I wanted to be a very sensual, wild in a way. I shot the video in Goa. I already had the biggest names working with me. I didn’t want a typical disco in a disco kind of video. I need to do things what people expect and I do what people don’t do. And I think that’s the USP of this song. It just turned exactly how I wanted it to. The producer is Addy. Sony music has released it as it has the rights of the song. We recorded the song, we shot the video then we gave it to Sony. They liked it and released it. I am glad about it because Sony is known for its quality.”

One of the popular pop singers of 90’s, Shweta had taken a break from mainstream music until this period. She says that her physical and mental fitness has been a great companion in all these years. “I have been doing yoga for so many years. It not only keeps you fit but also happy. I have been through a lot in my life. Last one year has been very very difficult. But yoga keeps my mind sane amidst chaos. And when a person is genuinely happy from within irrespective of circumstances, it shows on her face.”

Shweta has explored various genres and performed effortlessly on them. “When I was young, I used to do Carnatic classical music with my mother. When I got into theatre, I worked with Bomsi Nicolson, Ronnie Screwwala with pop, gospel music. In the rock scene, I worked with Farhad Wadia. Then I got into film songs. I started with Roja, then went on to pop. Then they said try folk, somebody said try Bhangra. I did opera in mangta hai kya. It all has been a great thing for me. As an artist, we really don’t say no to anything. But I research hard, I practice to get the sounds right. Hardwork and practice is really very important then I think you can sing any genre of music.
I would like to do a typical classical song. But people don’t expect that from me. Well, I might come up with something like this someday soon.”

I have sung for a few bollywood films. I will be more than happy to announce when they are ready for release. I have just restarted my career as a newcomer.” 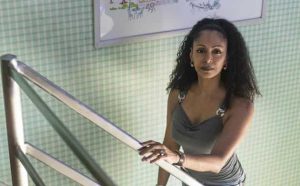 She further mentions about her comeback by saying, “This is the most wonderful time that I have released a song because the people are ready for pop music. Its a wonderful time, and people are open to something new. Bollywood has been there for a pretty long time and it will always be there. But pop is something that people really missed. Now, we are trying to bring it back. It is not going to easy. We need the press, we need people like Indian idols, we need entry to all the dance shows. We need support. Bollywood always has many platforms, we don’t. I won’t be ashamed to be singing in a platform like Indian idol. I just want to sing my song. I hope we get all the support and help to bring back pop music once again. Its a small start, but it’s here to stay. During lockdown, Deewaane To Deewaane Hain was trending and I was flooded with calls and messages from all over. That time I realised that this is the best time to comeback because people haven’t forgotten the 90’s. The impression we pop singers made in 90’s is why people still want us. Jalne mein hai maza has been warmly received and got that response. I think we still have a long way to go and we still have to reach to lot more people. I want to go organically without any rush. My success has been slow, simple, and organic.”

When it comes to music, she is known for being very selective. “When I say yes to a song, I always go by my gut feeling and instincts. When you are deep in divinity of yoga and meditation and have music in blood, your inner self gives you the answer,” she concludes.

BJP names Ashrit Pattanayak as its candidate for Pipili by-election