In a candid conversation with us, singer/composer Arko Pravo Mukherjee informs us about his upcoming song with B. Praak and Manoj Muntashir. He says, “The song is called ‘O Desh Mere’. It’s like, with this journey, I, Manoj and B Praak are making a comeback after Teri Mitti. I made the title song at the end of last year. The film was supposed to release a little earlier but due to a pandemic, it was delayed. The song is written by Manoj Muntashir, and honestly, three singers have already sung the song. Me and B Praak have sung respective versions, and it will be confirmed soon that which song will be in the film and which one will be released in the album only.”

The making of the song is quite an interesting story that germinated from the beginning of lockdown. Arko narrates, “When the lockdown started in the middle of March 2020, the frontline warriors were putting their lives on the line every day to fight this. Their contribution is no less than a soldier at the border. So this idea came up and Azeem Dayani called me to do something about it. I contacted Akshay Sir as he is closely associated with the Indian army and that sentiment. He was keenly interested in the project. Then we asked Manoj to write the lyrics dedicated to our frontline warriors.

Arko is the brain behind many chartbusters like ‘Paani Wala Dance’, ‘Abhi Abhi’ and many more. Talking about maintaining the diversity, he says, “It’s not easy to maintain the versatility between different genres like ‘Paani Wala Dance’ and ‘Abhi Abhi’ as I wasn’t a trained music director earlier, I hadn’t hands-on in Bollywood. I was primarily a songwriter, singer, composer. AfterJism 2′ I came to know about the requirements in the films. Sometimes we get typecasted. After Bhuj, my next release will be ‘Satyamev Jayate 2’ where again the title song is a patriotic song with me and Manoj. When your one song becomes too big, people expect from you or think of you when they are in such a situation.” 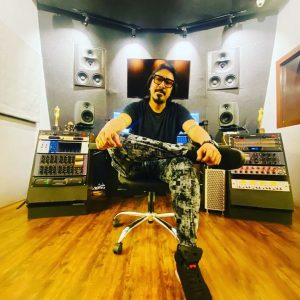 While giving us a glimpse of his journey, he mentions, “I have spent all my time in Bombay since 2008. There I struggled and luckily, Bhatt Saab gave me the ‘Jism 2’ project and after 3 years things found a place.
I never really did music in Kolkata. I studied medicine, then internship and after that Bombay happened. It was never my ambition to write songs on Bengali because honestly, I am not that strong in Bangla. Even it took me 3-4 years to write songs in Hindi and Urdu.
Then I got married and became a father. I wanted to spend some time in Kolkata. Jeet (actor) had been my friend since my medical college days. His first film had come out and was a big hit. In 2018, I was in Chicago and some singing and dancing competition was happening in the NRI community and I was judging that. That time Jeet called me after 7-8 years and I was so delighted talking to him. I was feeling a sense of pride for him for his success. When we came together and got connected, our jam sessions started.”

He adds, “Lyric casting and voice casting are two different things in the industry. It often happens that I get stuck. The first time it happened with Tere Sang Yaara. I had written a song called Tere Bin Yaara, but the situation of the film demanded something different. At that time I had written just the mukhda, but I was stuck and had writer’s block. Nothing really strong was coming to head. Manoj had been s a close friend of mine, so I called him and we sat down with it, ideas started flowing. It also helps when you have mutual respect and understanding. In the case of Teri Mitti, the song was supposed to be in the middle of the film, lyrics were different and already written. But when the film was in post-production, but Karan Johar and all said that they need a song to stand in the best of the time, like an anthem or substance of the film. So the song was scheduled to the end of the film with a fresh approach. Then we got Manoj on board and it came out so beautifully. I had had experience working with Manoj.
Later, people asked Manoj to write another like Teri Mitti but it’s very difficult to beat that.” 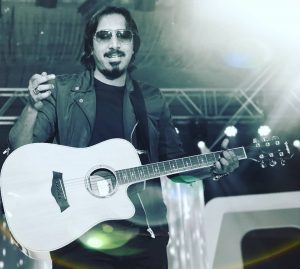 Arko believes that in India, a music director is a person who is responsible for everything in a song. “Whatsoever it may be, producers eventually will discuss with me and I have to deliver it. There are a few things that I don’t like to compromise with. Sometimes we do to a certain extent, according to the requests of the director or a big star, or the producer, but if you completely let go then things don’t stay.
Using uncommon words in the songs are a conscious effort to a certain extent. I always feel that the father of the song is literature and mother is music. One thing is the actual literature, and the other is the phonetic of it in that melody. These small liberties we take together as songwriters to make the song better.”