Indian women’s football has come a long way from it was a decade ago but it will take another decade to play the football World cup, said Indian women footballer and Padmashree awardee of this year Ms Bembem Devi on the second day of Kalinga Literature Festival here.

Participating in a discussion during a session on ‘Empowerment of women through sports and how to strengthen the trend’ she said the men’s football in India has been strengthened due to participation of corporate and private players. If similar support is extended towards the women’s football team then it would tremendously benefit the team.
Also there lack of awareness about sports is a major hindrance to attract talents said Devi who was coaching women Under 17 football team of India.

‘Rulers Erases History of Other Ruler’
Every ruler on this earth has destroyed the history of previous rulers as it is the nature of Power, said former Biju Janata Dal (BJD) Lokasabha MP Tathagat Satapathy during a conversation here.

Participating in the inaugural session of the second day of KLF, BJD Rajya Sabha MP Dr Amar Patnaik said India was the Vishwa Guru of the world because of its vibrant and rich literature despite its features of regionalism since it contained universal themes such as love, peace and universal brotherhood.

The same Indian literature would make India Vishwa Guru once again, he said.
Covid management handling could not have been possible by a corporate. Government across globe are not dumb, they are actually smarter than we think. Government respond to ideas that has the ability to change on a large scale basis, said Subroto Bagchi, chief of Odisha Skill Development Authority of Odisha and who formerly headed software firm Mindtree. 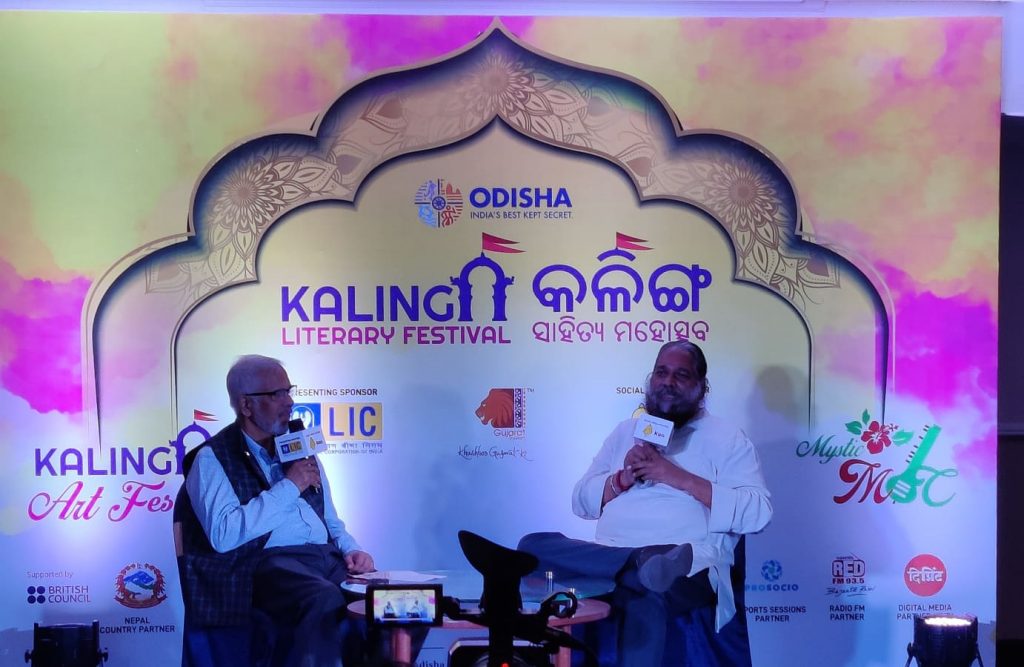 Mesmerizing presentation of Ram Ki Shakti Puja, a classic by Suryakant Tripathi ji by this Dance troupe headed by Vyomesh Shukla. A fruitful discussion was hosted by the 8th  KalingaLiteraryFestival on Art & Artist. Sculptor Adwaita Gadanayak, the current Director-General of the National Gallery of Modern Art (NGMA) and Eminent artist, film maker joined the session as speakers.

A book Resisting Dominance: Situating Jayee Rajguru in the Khurda Uprising of 1804,…