New Delhi : R.K Singh, Union Minister for Power and NRE hoisted the national flag at MS College , Motihari, Bihar. The flag was hoisted at the jail and cell complex built by  British in the campus. This marks the 75th year of Indian Independence celebration. The ‘Har Ghar Tiranga’ campaign comes under the aegis of ‘Azadi Ka Amrit Mahotsav’ and has been implemented to encourage employees, associates and people living in the vicinity to bring the Tiranga home and to hoist it to honour the 75th year of India’s independence.

The Minister also paid tribute to the martyrs and freedom fighters at Charkha Park. He also  felicitated  their  family members. The Minister had started the program by paying respects at the Mahatma Gandhi Statue at Mahatma Gandhi Agriculture Research Institute at Piparkothi.

Shri Singh held a public meeting reflecting Janbhagidari. He motivated people to actively participate in the Har Ghar Tiranga Campaign. He remembered the contribution made by the country’s freedom fighters for India’s Independence. 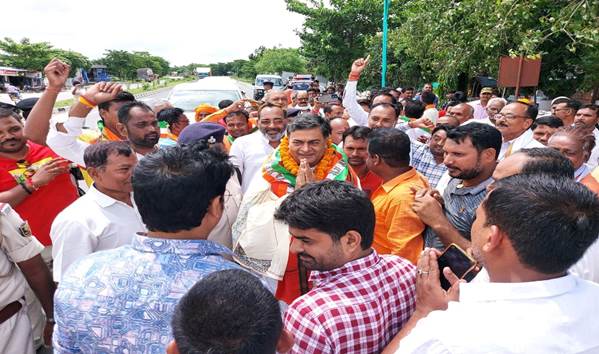 Committee of Experts on Sustainable Finance submits report to IFSCA