New Delhi: Delhi-based think tank Odisha Forum confered Prestigious Prabasi Odia Samman to 6 eminent persons on July 13 in a glittering function held at PHD Chamber of Commerce and Industry, New Delhi. The award was given by Justice Dipak Misra, Chief Justice of India who was the chief guest of the event. 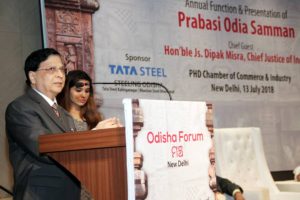 “I am against the idea of banning movies, books and even the media. I support freedom of speech. That is why I ordered against banning the movie Padmavat when the case came up for hearing in Supreme Court,” he said. 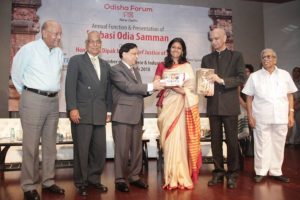 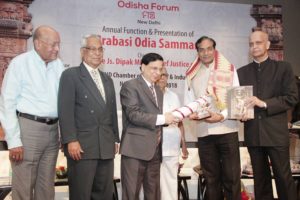 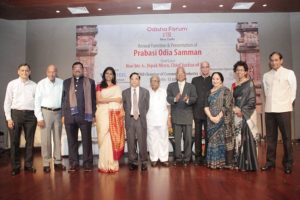 The award function was followed by a scintillating cultural programme including Inauguration of “Rasagola” – a musical offering by Ms Susmita Das and a wonderfully choreographed Odia play “Gunno Bai”. This is the story of a small town boy in a big city — haunted by an identity crisis, quashed between morality of an ideal father and a very immoral city life. The play is written and directed by Chittaranjan Tripathy, renowned film Director from Mumbai. 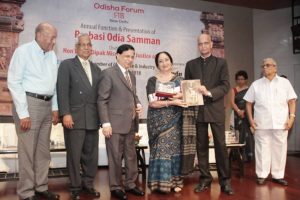 Justice G.B Patnaik, Ambassador Amarendra Khatua, Pradipta Kumar Sahoo, Ravi Pani were among other dignitaries who attended the award function. The programme was held under the chairmanship of Odisha Forum’s President, Gokul Patnaik.

81.29 % final voting turn out in by-poll to Padampur assembly constituency in Bargarh…