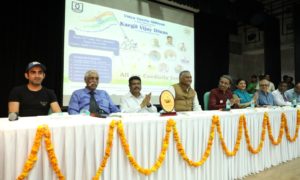 Addressing the gathering, Pradhan said, “The JNU has set an example in the country for its respect for the Indian Army. I congratulate the JNU VC for organising this kind of historic event. It is a proud day for every citizen of the country.”
“Right since Independence there have been planned efforts to limit the narratives of Freedom Struggle to a few families, events & places. Same school of thoughts prevailed when credit for Valour & Sacrifices of our Armed Forces in 1971 was given to the then Political Leadership. The display of support for the Army inside JNU campus today is a befitting answer to those who claims people join Army for their livelihood. It takes the sense of service to the nation of the level of Gen Bakshi or Subedar Yogendra Singh Yadav to be a part of Indian Armed Forces. Bravery & Sacrifice can never be monetarily compensated. But Our Govt is fully committed to provide the best amenities to our Armed Forces,” said Minister Pradhan. 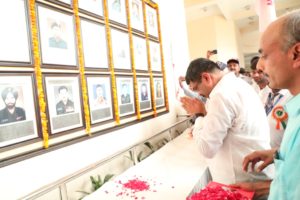 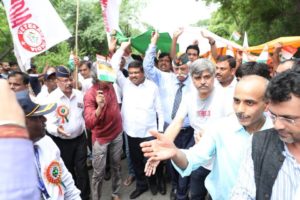 The Tiranga March started from JNU’s main gate and went on till the Convention Centre where more than two thousand members of the JNU community carried the 2,200-feet long Tricolour for nearly two kilometres upto the Convention Centre. Alongside the Veterans India members, 23 families of martyrs also joined the event.