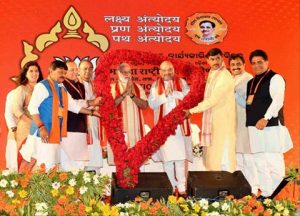 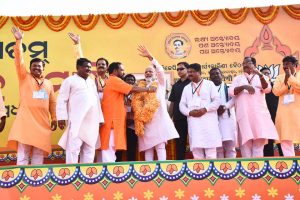 BJP state leaders and state chief secretary Aditya Prasad Padhi received him at the airport after which his carcade halted at Biju Patnaik Square where he garlanded the photos of Odia leaders like Madhusudan Das installed on a makeshift stage. The PM was also felicitated at this stage with garlands. A special song was being played in the background to welcome him. 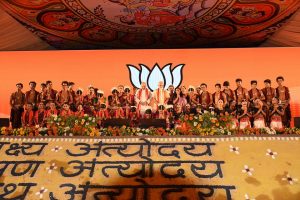 BJP all set to retain power in Gujarat; wins 8 Assembly seats, leading in 150…