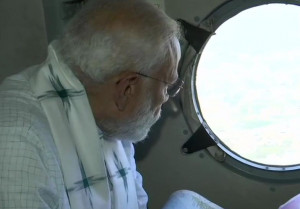 Odisha Governor & Union Minister Dharmendra Pradhan along with State and Central officials of telecom, railways, health & other departments also present in the meeting.

Thereafter, Prime Minister took a meeting of the senior officers of the State and Central Government to take stock of the damage caused by the cyclone and the relief & rehabilitation measures being undertaken. The Prime Minister assured all possible assistance to the State. He announced immediate assistance worth Rs.1000 crores. This is apart from Rs. 341 crores already released to the State Government on 29th April, 2019. He promised further assistance after the assessment by an inter-ministerial Central team.

The Prime Minister expressed his full solidarity with the people of Odisha. He said that the Central Government is fully committed not only for providing immediate relief, but also to ensure rebuilding of the state. He appreciated the role played by technology including satellite imagery and advanced weather forecasting techniques in minimising loss of life. He said that the combination of technological capabilities and human interface has enabled last mile connectivity with the affected. The State Government’s efforts in evacuating more than a million people to safety and the efforts of IMD to give accurate forecast were specially appreciated by the Prime Minister. He appreciated the resilience of the people and the fishermen living in the coastal areas. He also expressed satisfaction at the excellent coordination between the Union and the State Government which helped to minimise causalities. The Prime Minister said that he knows the extent of damage and destruction such a cyclone brings, as he too has been a Chief Minister of a coastal state.

The Prime Minister assured that a Central team will visit the State soon to assess the extent of damage to infrastructure, housing, fishermen and farms and relief to be provided to the State. He directed the State and Central Government officers of Power, Telecom, Railways to ensure restoration of services at the earliest. He also directed the Road and Surface Transport Ministry to take effective steps for repair of roads damaged and also provide all assistance to the State in this regard. He directed that insurance companies must dispatch their observers immediately to the flood hit areas to assess the farmer’s claim related to crop insurance and provide them relief at the earliest.

The Prime Minister announced ex-gratia of Rupees two lakhs to next of the kin of the deceased and Rupees fifty thousand to seriously injured in the cyclone. The Prime Minister assured the people of the State that the Union Government stands shoulder to shoulder with them at this difficult time. 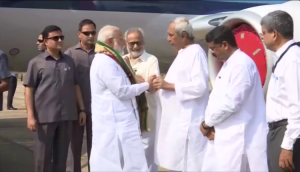 Exemplary Efforts of Biju Yuva Vahini Before, During & After Cyclone Fani