Union Minister for Culture, Tourism and DoNER Shri G.K Reddy; Minister of state for Culture and External Affairs Smt. Meenakashi Lekhi , Union Minister of State for Culture and Parliamentary Affairs, Shri Arjun Ram Meghwal; Chairperson of the executive council of the Nehru Memorial Museum and Library (NMML), Shri Nripendra Mishra; family members of former Prime Ministers and a large number of other dignitaries  were also present on the occasion .

The Prime Minster emphasized “When the country is celebrating the Amrit Mahotsav of Independence, then this museum has come as a grand inspiration. In these 75 years, the country has seen many proud moments. The importance of these moments in the window of history is incomparable.”

The Prime Minister expressed pride in the fact that many of the Prime Ministers came from ordinary families. Fact of such leaders coming from extremely poor, farmer families reaching the position of the Prime Minister strengthens the faith in Indian democracy and its traditions, he said. “It also gives confidence to the youth of the country that even a person born in a ordinary family can reach the highest positions in the democratic system of India”, said shri Modi. The Prime Minister hoped that the museum will expand the experience of the young generation. The more our youth knows about key occasions of Independent India, the more relevant will be their decisions, he said.

Recalling the rich history and prosperous era of India, the Prime Minister laid stress on spreading awareness about the correct picture of India’s heritage and present. He said the government’s efforts to bring back the stolen heritage from abroad, celebrating places of the glorious heritage, preserving memories of the freedom fighters in places like Jalianwala Memorial, PanchTeerth commemorating Babasaheb, Freedom Fighter Museum, tribal history museum are steps in that direction 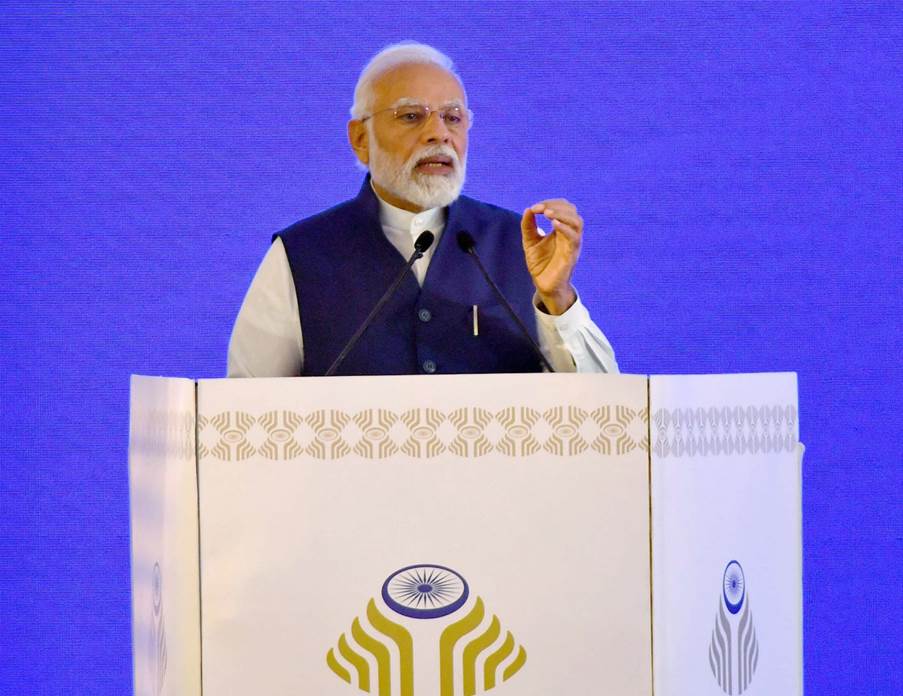 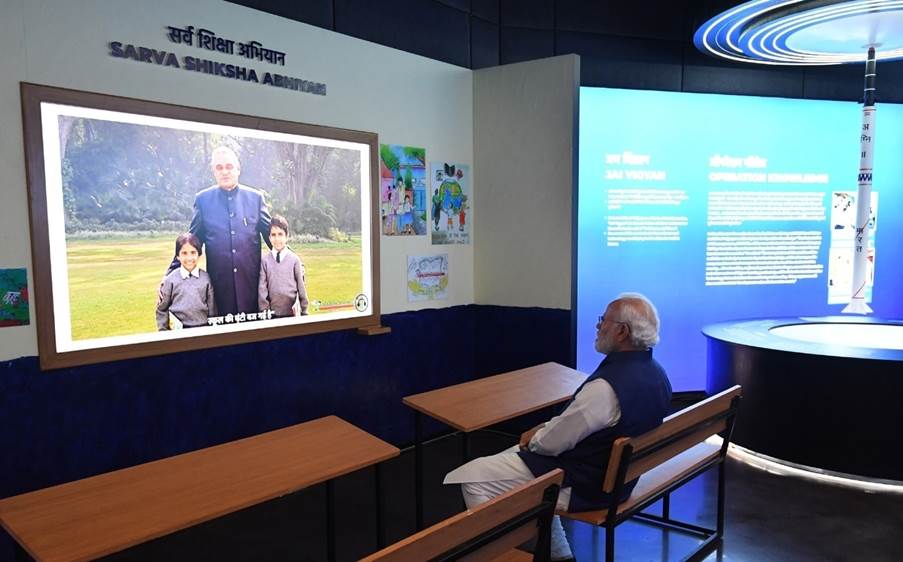 On the occasion, Union Minister Shri G.K Reddy said “Today is the birth anniversary of Father of the Indian Constitution, Shri B. R Ambedkar. The Constitution, given by Babasaheb, was adopted on 26th  January 1950, but its implementation in its true essence has taken place only after the removal of Article 370 in 2019”.He also added,  “The inauguration of the museum today celebrates the beauty of India and its rich democratic traditions”. The Culture Minister also added  “By virtue of India being a true and vibrant democracy, today, a man from an ordinary family is the Prime Minister of this country and has shown exemplary leadership. This is the symbol of power, importance and great strength of this country’s democracy”.

Shri NripendraMisra, Chairperson of the executive council of NMML, in his welcome address said that this Sangrahalaya will be identified as the House of Democracy in days to come. Vice Chairman of execute council of NMML,Shri A. Surya Prakash delivered the vote of thanks.

The Pradhan Mantri Sangrahalaya is a tribute to every Prime Minister of India since independence and a narrative record of how each has contributed to the development of the nation . The Pradhanmantri Sangrahalaya has employed technology based interfaces to encompass heterogeneity in content and frequent rotation of display.