Pilgrim city Puri all decked up for the annual World famous Rath Yatra; Srimandir decked up with vivid flowers

Puri: Pilgrim city Puri all decked up for the annual World famous Rath Yatra. Tomorrow after Sakala Dhupa and Mangala Alati by 9 AM, the Pahandi of the deities will be performed. We hope to smoothly complete all the rituals on time. 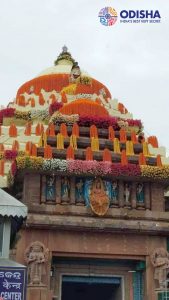 Odisha Police and the State government have made extensive arrangements for smooth conduct of the Rath Yatra festival beginning tomorrow.IGP Central Range Cuttack, Soumendra Priyadarshi said a total of 142 platoons of police force, 2 companies of Rapid Action Force, 3 units of OSAF, NDRF teams, AET trainees, more than 1000 police officers have been deployed for the security during the festival. 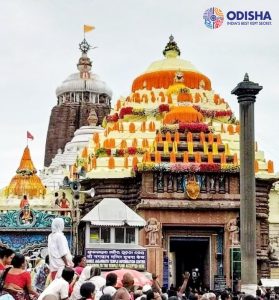 The Jagannath temple is all decked up for the festival of humanity. This is incidently the first time, the 12th century temple is decked up with flowers on the occassion of the Ratha Jatra.  Reportedly, the floral decoration in Srimandir has been taken up by a New Delhi-based Devotee KK Sharma. For the first time, the temple administration has approved such request. As per reports, around 200 workers have been engaged in the floral decoration of the 12th Century Shrine.