A romantic dance track recently shot in Punjab by talented Director Amit Kumar will get you tapping your foot with its upbeat tunes.

Jatt Yamla is sung by Alia Khan, who has given some smash hit Punjabi tracks in the past.

Talking about the song, Producer Suresh Bhanushali says, “This is our second collaboration with Manish Goplani and I must say his charm on screen never fails to make people go crazy about him and Saba is already very excellent. The audience will see both Manish and Saba in interesting scenarios and looking their Suavest best.” 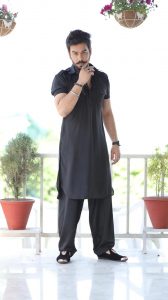 Talking about the song Manish Says “Jatt Yamla is your go-to dance song that will get your foot tapping to its beat. The process is almost the same it’s just in television you shoot daily as you get the script in the morning for the complete day but in songs and another digital medium, the script is already written the story and graph is already narrated so it’s easy for us to work on the craft but in TV, you have to be spontaneous about the character.

Well as I heard the song I knew this song is going to be a hit
And while shooting with such amazing people around we tried our best to make this song a cult.
So yeah we got such a huge number in such a short time, I am just loving it and grateful to all my fans.” 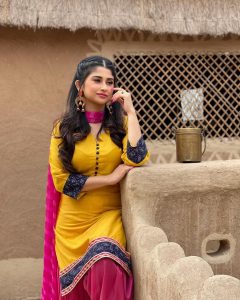 Saba khan adds, ” This is a special song as it’s my first collaboration with Photofit Music Company. Jatt Yamla is a track the youth with completely relate to as from music to the lyrics it has very fun and chill vibe. The process is just the same only difference is that on the digital platform we have a large number of audiences to see our work. Digital platforms are more popular these days.

I feel I have been very lucky to work with Photofit company. People over here are nice, creative and very professional. The team is very good and I had enjoyed working with them.

I am so happy so is the entire team. We are so happy to receive love and appreciation from our fans and thankful to all the audience.”

Singer Alia Khan says, “I had this urge for music since childhood. My mother was into music and that inspired me a lot. My full-fledged career in music started off from 2007. My first solo song ‘Bahara’ was a big hit that brought me wide recognition. Then I took a break from 2013 until 2020. I made my comeback last year, and I am really thankful to Photofit music for giving me this platform and opportunity again. Many of my upcoming projects are lined up with Photofit itself.

I got a call from PTC Punjabi channel regarding a song for Baisakhi. So while dubbing the song, I suggested my writer Shah Deep to keep it and make a separate video of it. 2-3 months ago, we had done a song for Photofit called ‘Haye Ni Tere’. The co-singer is known to me as we have done few projects together. So he sent few of my songs to Photofit which got approved. I was so glad with such great comeback. This new song ‘Jatt Yamla’ is winning hearts, and I am really hoping that audience shower more love.”