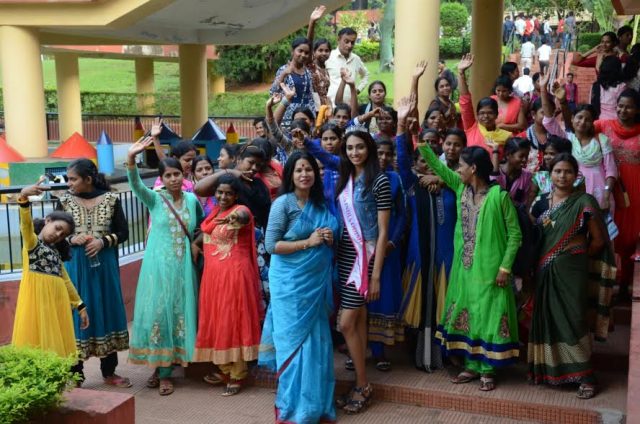 Bhubaneswar: Parichay Foundation which will be completing 10 years in November this year has planned a series of activities for underprivileged children in the next few months to celebrate its eventful journey. As part of this programme, Parichay has decided to take out the students of its flagship project, ‘Alaknanda Scholarship Programme’ for a day out at Science Park on April 23rd. And, Parichay is pleased to inform that Femina Miss India Odisha 2017 Christeena Biju joined the occasion as a special guest to motivate the underprivileged girls and bring smiles on their faces through different activities.
A first year student of National Institute of Fashion Technology (NIFT), Bhubaneswar, Christeena has been recently crowned as Femina Miss India Odisha 2017 at the Fbb Colors Femina Miss India 2017 east pageant. After being selected in the ‘Top Three’ in the Bhubaneswar Fbb store auditions, Christeena competed with contestants from across the eastern zone at Kolkata and bagged the chance to represent her state, Odisha, at the Fbb Colors Femina Miss India 2017 after extensive training sessions and pre pageant activities.

While the young girl is all geared up to earn the coveted title when she leaves for Mumbai next month, she also wants up to take the cause of girl child education, the reason why Parichay and Christeena have joined hands.

As you would be aware, it was on November 14, 2016, on the occasion of Children’s Day when Parichay Foundation, had launched its flagship project, ‘Alaknanda Scholarship Programme’ to help drop-out girl students from underprivileged sections of the society complete their matriculation examination under National Institute of Open Schooling (NIOS).
In a bid to encourage all the students of the scholarship project, who are now studying and toiling hard every day (at a centre being managed by Parichay) to clear their matriculation examination to be held by this year-end, Parichay has decided to take them out on an outing to Science Park where they can learn and have fun simultaneously. And, with Christeena joining as a guest, the girls will have another reason to cheer.
A philanthropic organisation engaged in promoting Indian art and culture and bringing about economic and social upliftment for the underprivileged in urban and rural slums of Odisha and Delhi, Parichay would also like to wish the best to Christeena who is confident of bearing the flag of Odisha high at the Femina Miss India pageant. 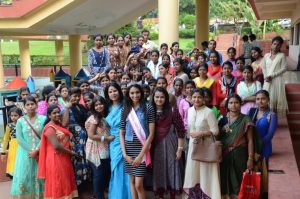 “I feel special for being able to be a part Parichay foundation’s initiative of supporting girl education and spending some time with this kids.” Says over joyous Christeena.

“The kids are now preparing for their matriculation so for their refreshment and some informative learning, we had organized a small evening for them here as well as at Planetarium. It’s great that Christeena has chosen Parichay foundation to help these children.” Says founder of Parichay Foundation Rosalin Patsani.

The Good Samaritans of #Bhubaneswar