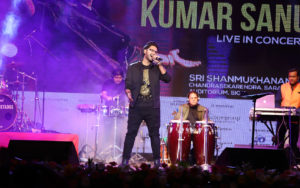 Beginning as a voiceover artist for Noddy, Bob the Builder, Oswald, Doraemon, and Sinchan, Jaan Kumar Sanu has paved his foot into the mainstream music universe. Born to father and superstar of music industry Kumar Sanu, Jaan has been blessed with rhythm within him. “I used to sing before I started speaking,” says Jaan.

Before starting his career as a playback singer, Jaan believes that his graph as a voiceover artist has immensely enriched his singing skills. “Dubbing for cartoon characters has refined my art of instant switching of emotions with the voice in a song,” he states.

At the age of 12, Jaan had made his break with the track ‘Bam Bam Bole’ from the movie Taare Zameen Par. He was one of those kids in the chorus of the song alongside Shaan. He puts his experience as “It was no less than a dream after I got to know that I will be singing the song which will feature Amir Khan. He made all of us so comfortable that it never felt like we are singing for a superstar. All our reactions in the song show how much fun we all had in real while ‘Bam Bam Bole’ was made.”

Being born with a legacy, Jaan feels that it is more challenging for him to maintain that level of the bar and even to take it higher than others. “People might think it is easier for star kids to enter into this industry, but many of them cannot see beyond this screen. For us, the competition and expectation begin from the home itself. My father has set benchmarks and records with his talent, and now whatever and wherever I perform, people’s expectations begin for me at that thin line where others step on their first achievement,” he says. 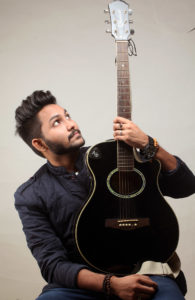 The stage is a great space for wider learning that Jaan believes. His father and iconic singer Kumar Sanu is an excellent stage performer and he never fails to charm the audience. “My father has excellent stage presenting skills. Many times I try to be a part of his concerts and watch him throughout the event. His witty connections with moods, his casual interactions with the audience, his style of switching songs while performing makes people go crazy, no matter what kind of crowd it is. He is such a cool personality and that’s the same he does with music.”

Lyrics play an essential role in the creation of a song. However, with the evolving present scenario of Indian music industry somewhere, lyrics are failing to match the standard. “I would pick up old songs over recent ones anytime. If one has to express his feelings to someone through a song, he will look for meaning in the lyrics which old songs have. Old songs carry that magic in lyrics which is lost in songs being made nowadays. Even I have experimented this theory. I deliberately sang the wrong lyrics of a modern song in a concert which no one noticed, but there everyone stood up pointing when I did the same with an old one. People barely connect with new-gen lyrics because those are more made with a commercial point of view.”

Apart from concerts and more than Bollywood, Jaan wants to build his identity graph in the regional industry. He has worked in many regional projects, especially in Bangla industry. Recently, he has sung ‘Shorger Chaabi’ for Bengali movie ‘Roktomukhi Neela’ starring Indrani Haldar, Rajesh Sharma, and Odia actor Sabyasachi Mishra in the lead. “Because I love to learn new things, I definitely want to work in Odia industry. In fact, I have done a few Odia playbacks as a kid,” says Jaan.