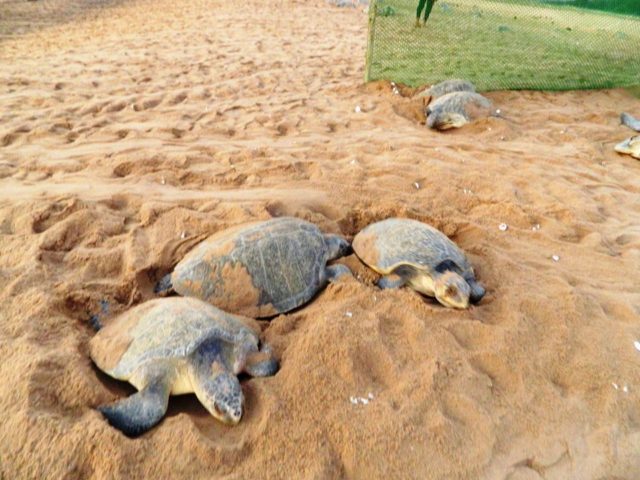 Ganjam: Egg laying of Olive ridley turtles created all time record with 4,28,083 mother olive ridley turtles nesting till Monday morning at the Rushikulya rookery coast in the Ganjam district of Odisha this year. This was informed by the Berhampur divisional forest officer Ashis Behera.

He said that the mass nesting is expected to continue for another two to three days. With 3,65,000 nests, olive ridley turtles had created a record of mass nesting at Rushikulya in 2017. They have already broken the record this year, indicating that the environment of this coast continues to be conducive for their mass nesting.

However, in 2016, for some unexplained reason, there was no mass nesting at this coast.

This year, sea waves and winds have widened a portion of the beach near the Rushikulya rookery. A sandbar near the Podampeta village eroded entirely, and its sand was deposited on the coast, widening a stretch of the beach and increasing its height.