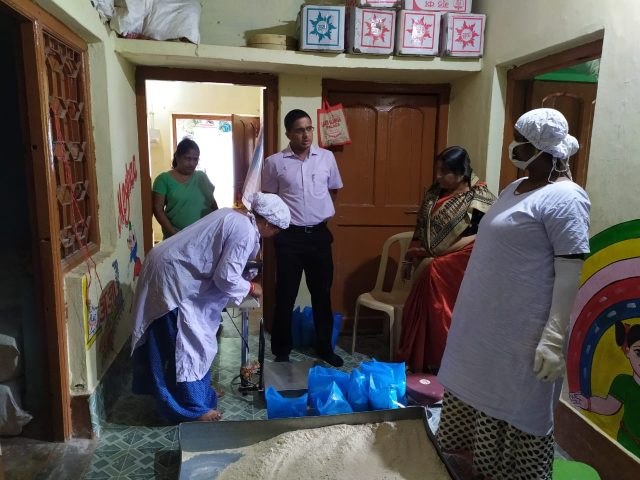 Bhubaneswar: In a major drive by Department of Women & Child Development and Mission Shakti, Government of Odisha, teams of officers supervised mixing of Chattua across Take Home Ration Making Units in the state today. Mixing is now being mandatorily done on the 23rd of each month even if it is a holiday as it is
today.

As per the revised guideline the mixing of Chhatua will be supervised by concerned Lady Supervisors or members of Jaancha Committee. Roasted wheat, Bengal gram, groundnuts and sugar must be mixed in proportion recommended in the revised guidelines. It is emphasized that mixing of Chhatua will be conducted on 23rd of every month without fail. The Senior Officers of district administrationand ICDS functionaries will remain present in the take home ration units during the
mixing procedure.

Today itself mixing of Chhatua in 338 ICDS projects was completed. Collector, Keonjhar himself supervised the mixing of Chhatua in ICDS Project in Keonjhar district. The State Government has been laying emphasis on quality provision of nutrition under the supplementary nutrition programme. Currently the state is providing Chhatua and dry ration to children between 6 months to 3 years,Chhatua to pregnant and lactating women and adolescent girls. This fixed day approach of mixing of Chhatua on 23rd of every month will being in transparency and accountability while ensuring quality Chhatua reaches the beneficiaries, said Smt. Anu Garg, Principal Secretary, W&CD and Mission Shakti Department.