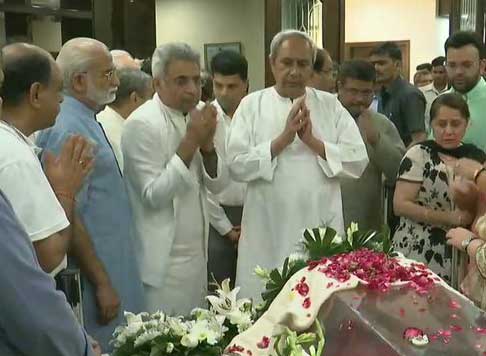 Earlier on the day Odisha Chief Minister Naveen Patnaik expressed deep grief at the passing away of former Finance Minister Arun Jaitley. Describing the politician as a distinguished lawyer and parliamentarian, the Odisha CM took to the microblogging site to acknowledge his contribution to the governance of the nation.

Former Union minister and Bharatiya Janata Party (BJP) leader Arun Jaitley, 66, passed away at the All India Institute of Medical Sciences (AIIMS) here on Saturday, where he was under treatment for over a fortnight.