Describing films as one of the most powerful audio-visual mediums, he urged the filmmakers present to come forward and create documentaries & biopics on revered literary figures of the state. 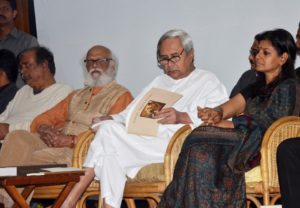 He emphasised on synergy between language, literature and filmdom and urged film makers to work on documentaries or biopics on our literary personalities. He said that literature is the most powerful medium of bringing social change. We have had great writers whose works have influenced reforms in the society more than anything else. Vyasakabi Fakir Mohan Senapati’s timeless creation ‘Rebati’ continues to be a path breaking work in women’s education. Literary stalwarts like Kalindi Charan Panigrahi, Gopinath Mohanty, Gopabandhu Das, Utkal Gourav Madhusudan Das have challenged social inconsistencies and inspired change with nationalistic and linguistic spirit. We must preserve and retell the life and times of our great litterateurs.