Konark: Chief Minister Naveen Patnaik on Saturday inaugurated the much-awaited light and sound show at the Sun Temple in Konark. completed in collaboration between the India Tourism Development Corporation (ITDC) and the State Tourism Department. 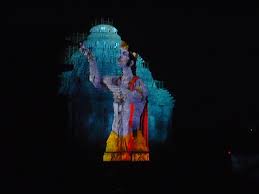 The State Government had signed an agreement for the project in 2014. The Tourism and Culture Department had released Rs 4.56 crore to the ITDC for the project.

The light and sound show will inform the tourists about the rich history of the Black Pagoda and will be presented in three languages.