Bhubaneswar: Chief Minister and BJD president Naveen Patnaik on Friday hailed the NDA’s Presidential candidate Ram Nath Kovind for his hard work, determination and commitment to the cause of the oppressed and the downtrodden and said his journey from a village to being a candidate for the President is a true reflection of the transition that modern India has undergone.
Patnaik was introducing Kovind to his party MLAs and MPs at the Assembly conference hall. 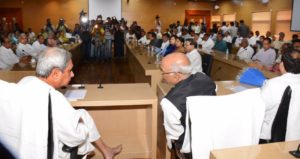 The full text of Chief Minister and BJD president Naveen Patnaik address in honour of Shri Kovindji given below: 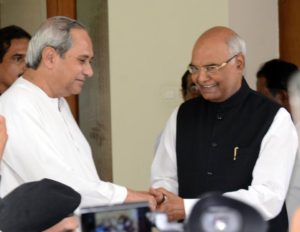 Born in a poor family in a remote village in Uttar Pradesh, Shri Kovindji rose to great heights as Advocate on Record in the Supreme Court, a reputed leader in the Upper House of Parliament and the Governor of Bihar. What sets him apart is his hard work, determination and his commitment to the cause of the oppressed and the downtrodden. His journey from humble beginnings in a village in North India to being a candidate for the highest office in the country is a true reflection of the transition that Modern India has undergone. He is symbolic of the new aspiring Indian. His path reflects the strength of our Constitution which guarantees every Indian the right to dream big irrespective of caste, creed or religion. I am sure Sir, the path you have tread so far makes you supremely qualified to hold the highest office of the land and protect the sublime values enshrined in our Constitution. 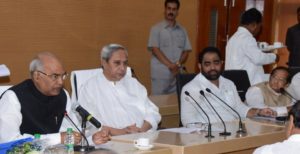 Odisha’s journey has been very similar. Having faith in and upholding the principles of democracy, secularism and inclusive growth, Odisha has come a long way. 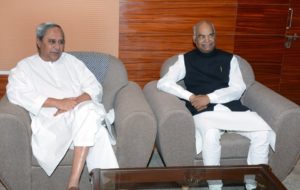 The Biju Janata Dal has as its core, the values of empowerment of tribals, scheduled caste, women, children, farmers and youth leading to a progressive and prosperous Odisha. 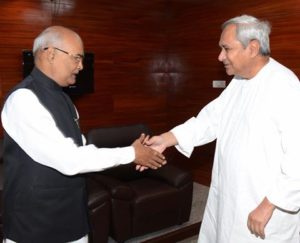 We are therefore priviledged to support the candidature of Shri Kovindji for the President of India. The Hon’ble MPs and MLAs of the Biju Janata Dal Odisha will cast their vote on the 17th of July in support of Shri Kovind.