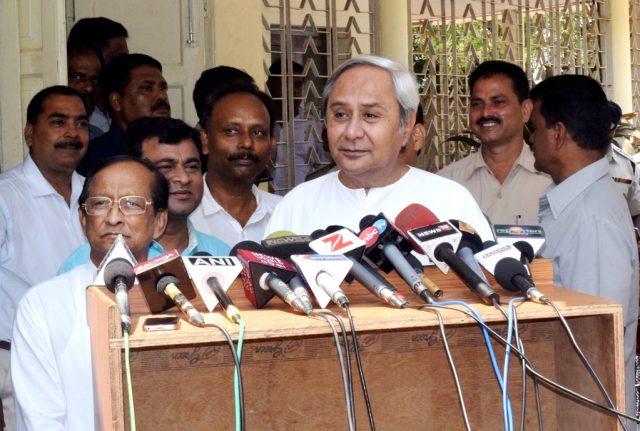 Bhubaneswar: Odisha Cabinet on Monday approved the state’s own food security bill to be implemented in the state from October 2 on the occasion of Gandhi Jayanti.

The proposal was approved during the Cabinet meeting chaired by Chief Minister Naveen Patnaik at the Secretariat after a thorough discussion. The Food Security Act will cover an additional 34 lakh people who have been allegedly left out from the National Food Security Act (NFSA).

Speaking to the reporters after the meeting, Chief Secretary Aditya Prasad Padhi said, as many as 25 lakh beneficiaries across the state will be covered under the shame in the first phase.

Under the scheme, eligible beneficiaries will get 5 kg rice per month at Rs 1. The scheme will be implemented across the state from October 2 on the occasion of Gandhi Jayanti.

It is proposed to fix the following exclusion criteria to be used during selection or eligible beneficiaries under this scheme.

(a) Household having a member who owns a four-wheeler vehicle or a heavy vehicle.

(b) Households having a member waiting as a regular employee of Central or the state government, Public Sector Undertaking, government aided autonomous body and local bodies (incentive and honorarium based workers would not be considered under this criterion).

(c) Households having a member working in private sector with monthly salary of more Rs 10,000in rural areas and Rs 15,000 in urban areas.

(d) Households having a member who owns an enterprise (other than micro enterprise) registered with the government for manufacturing and services.

(h) Households having a member who owns Tractors and Harvesters.

(e) Households having a person with disability (40% and above)

(h) Households where due to old age, lack of physical or mental fitness, social customs, need to care for disable or other persons, no adult member is available to engage in gainful employment outside the house

(k) Households having a person suffering from leprosy/HIV/any other critical diseases.