New Delhi: India has crossed a crucial milestone in its fight against the global pandemic. The daily new cases have touched a new low today.

With a sustained, pro-active and calibrated strategy of the Centre based on ‘whole of government’ and ‘whole of society’ approach, the daily new cases have seen a consistent decline. This has ensured a steady fall in daily fatalities too. The country has recorded less than 120 (117) fatalities in the last 24 hours after more than 8 months (8 months 9 days).

India’s active caseload has fallen to 1,77,266 today. The share of Active Cases in the total Positive Cases has further compressed to 1.66% of the cumulative caseload.

A net decline of 6,916 cases has been recorded in the total active cases in last 24 hours. 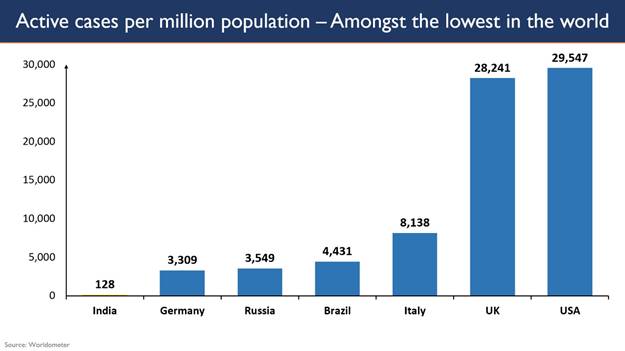 India’s Cases per million population is also amongst the lowest in the world (7,736).

As on 26th January, 2021, till 8 AM, 20,23,809 beneficiaries have received the vaccination under the countrywide COVID19 vaccination exercise.

83.68% of the new recovered cases are observed to be concentrated in 9 States/UTs. 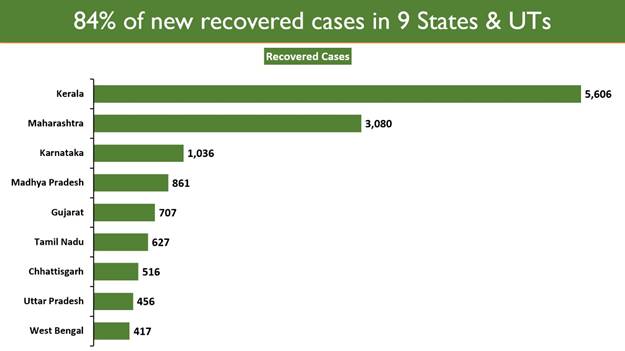 India’s deaths per million population (111) are amongst the lowest in the world.