India’s cases per million population (7,828) are amongst the lowest in the world. This count is much higher for countries like Russia, Germany, Italy, Brazil, France, UK and USA.

17 States/UTs have a lower case per million population than the national average. Lakshadweep has the lowest average of 1,722 cases per million among all States and UTs. 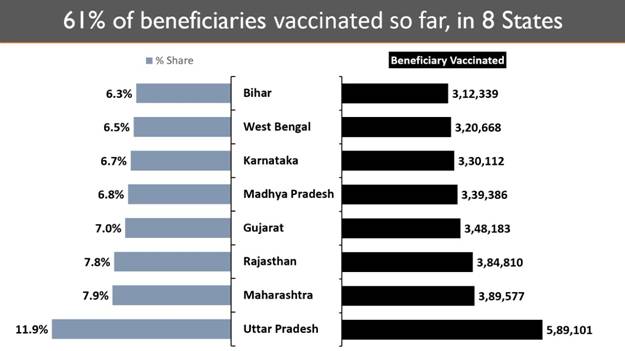 85.06% of the new recovered cases are observed to be concentrated in 6 States/UTs.

Kerala has reported the maximum number of single day recoveries with 6,341 newly recovered cases. 5,339 people recovered in Maharashtra in the past 24 hours followed by 517 in Tamil Nadu.

Kerala continues to report the highest daily new cases at 6,102. It is followed by Maharashtra with 2,736, while Tamil Nadu reported 494 new cases. 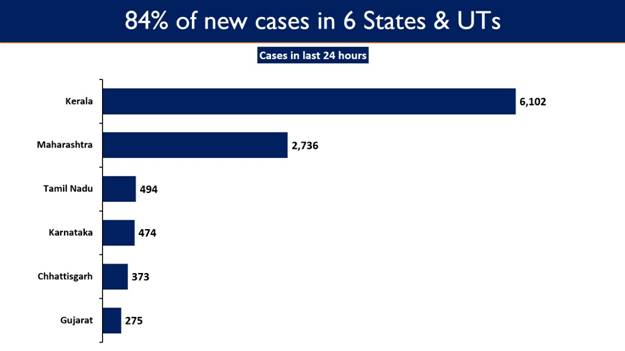 Six States/UTs account for 74.17% of the new deaths. Maharashtra saw the maximum casualties (46). Kerala follows with 17 daily deaths, while Punjab and Delhi reported7 deaths each.

India’s 112 deaths per million population are also amongst the lowest in the world. 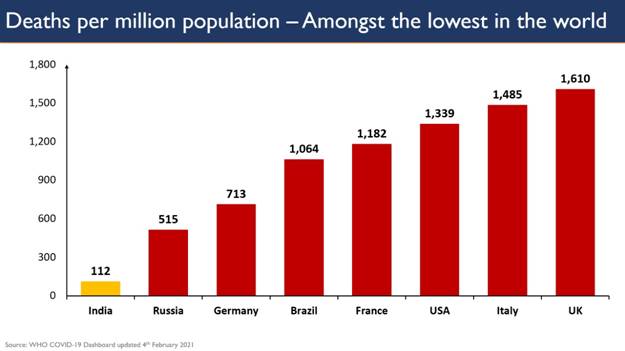 Nayara Energy Expands Retail Network to over 6,000 Outlets across India