New Delhi : National Book Trust, India, under Ministry of Education, today announced the results of the All-India Contest organized on the Theme ‘National Movement of India’ under the PM-YUVA Mentorship Scheme as part of Azadi Ka Amrit Mahotsav programmes. As per the Scheme, 75 Authors were to be selected through this contest for a Scholarship-cum-Mentorship Scheme for the young authors below the age of 30 years.

The All-India Contest was organized from 1st June-31st July 2021 through MyGov and National Book Trust, India platforms. Nearly 16000 entries in 22 Official languages and English were received from all across the country including some from Indian Diaspora Community. All the book proposals were read by multiple panels of experts and went through three layers of scrutiny.

It may be recalled that during his Mann Ki Baat address dated 31st January 2021, the Prime Minister Shri Narendra Modi had stated: “I call upon our young friends to write about our freedom fighters, events associated with them & tales of valour during freedom struggle from their areas.” Thereafter the PM-YUVA Mentorship Scheme for young authors was launched by the Ministry of Education, Government of India with National Book Trust, India as the Implementing Agency.

The selected authors will undergo six-months of Mentorship in which they would be provided research and editorial support under the guidance of eminent authors and the Editorial Team of National Book Trust, India to develop their book proposals as full-fledged books to be published by the Trust as part of Azadi Ka Amrit Mahotsav initiatives. Their published books will be later translated into other Indian languages as well.

During mentorship, the selected authors will receive a scholarship of ₹50,000 per month for a period of six months. Further, a royalty of 10% will be payable to the authors on successful publications of their books. 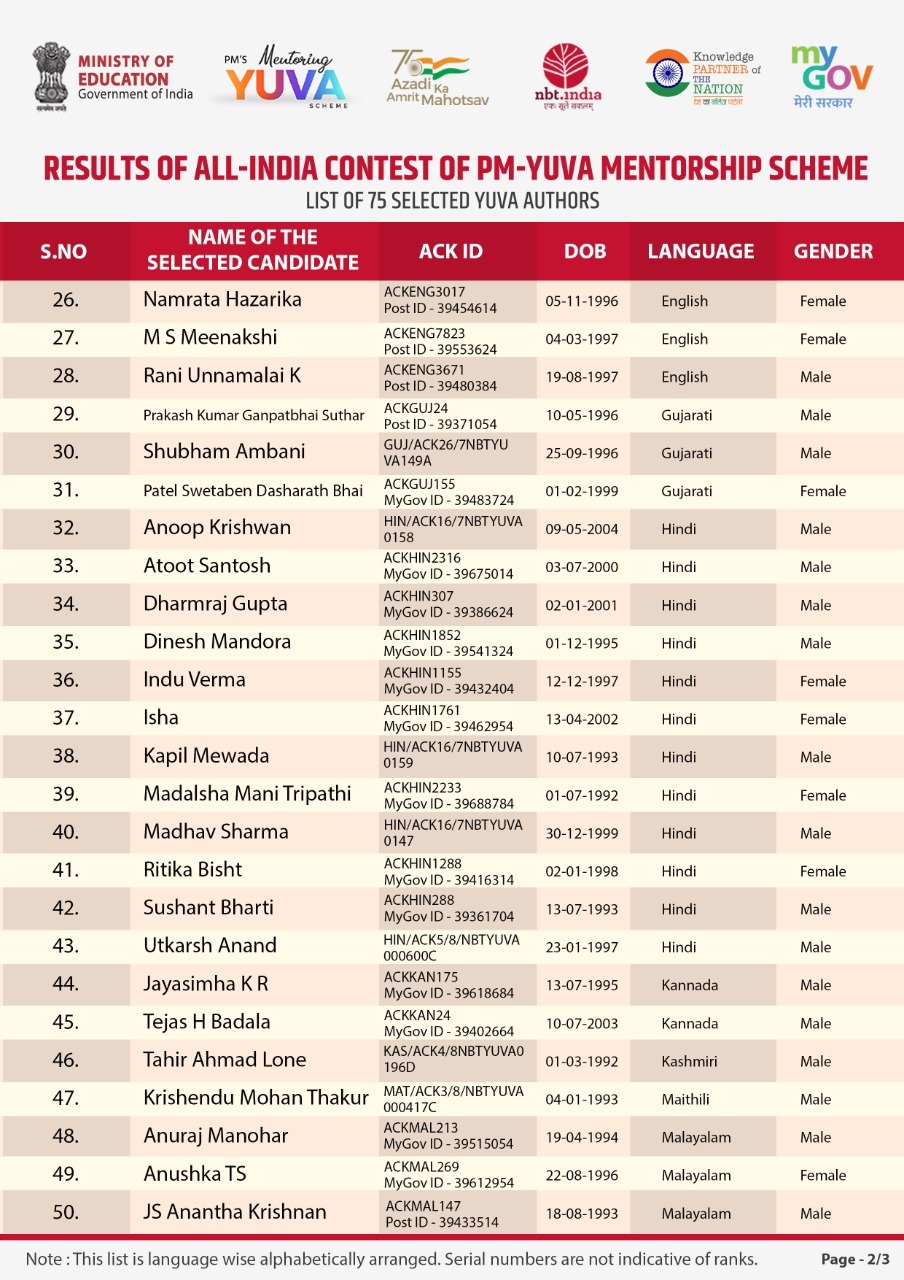