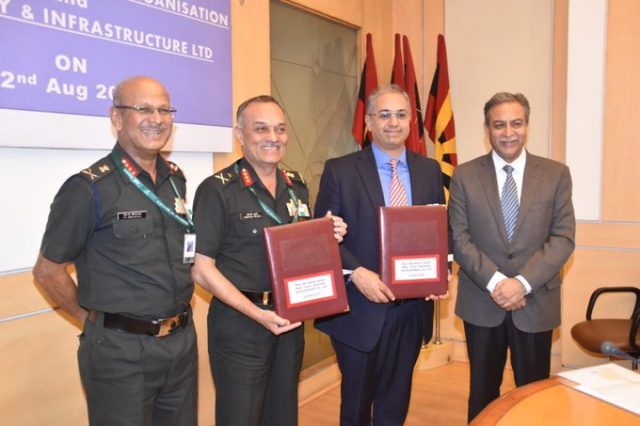 New Delhi: A historic milestone was reached with the signing of an MoU between Indian Army and Tata Realty & Housing on 22 Aug 2019.

The MoU enables the personnel of Indian Army to immediately take over dwelling units in 13 ‘Ready to Move in’ projects of Tata Realty pan India spread over 10 cities including Gurugram, Chennai, Bengaluru, Pune among others at a discount ranging from 11% to 27%.

This also heralds a new era for Army Welfare Housing Organization (AWHO), which has always endeavored to provide quality housing for Army personnel who are deployed in remote locations across the country. AWHO will now facilitate acquisition of homes from reputed private builders at discounted rather than building them for the soldiers.