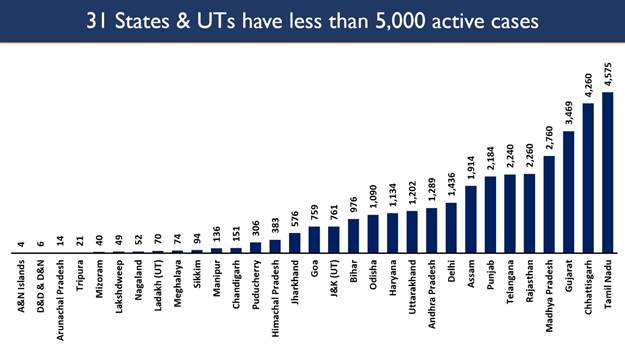 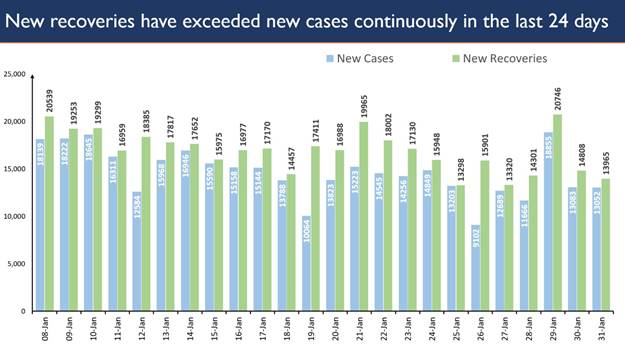 Globally, India stands at the fifth position (as on 29th January, 2021) in terms of the number of vaccine doses administered within the country. This is despite the fact that many countries had initiated their vaccination campaign before India. 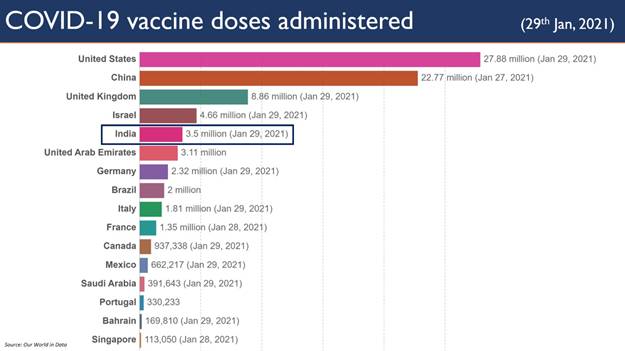 63.34% of the total vaccinated beneficiaries are from 8 States.

Uttar Pradesh accounts for the maximum  share of vaccinated beneficiaries followed by Rajasthan and Karnataka.

85.72% of the new recovered cases are observed to be concentrated in 10 States/UTs.

Keralahas reported the maximum number of single day recoveries with 7,032 newly recovered cases. 1,535 people recovered in Maharashtra in the past 24 hours followed by 547 in Karnataka. 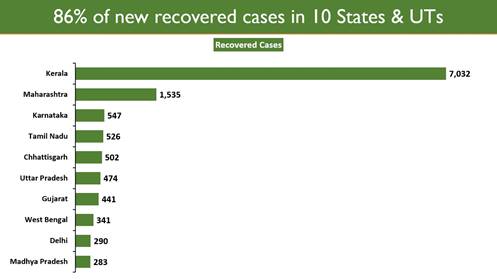 Kerala reports the highest daily new cases at 6,282. It is followed by Maharashtra with 2,630, while Tamil Nadu reported 505 new cases.

127 fatalities have been recorded in the last 24 hours.