New Delhi : Ministry of Home Affairs is conducting Special Campaign 2.0 from 2nd October 2022 to 31st October 2022 on the lines of Special Campaign conducted in 2021. Under the Preparatory Phase (from 14th Sept to 30th Sept 2022), a total of 5,629 campaign sites have been identified for cleanliness campaign by the Ministry with special focus on field/outstation offices having public interface. Pendency in various categories such as MP’s References, Parliamentary Assurances, IMC References, State Government References, PMO References, Public Grievances and PG Appeals were identified for their effective disposal along with files to be weeded out and sent to the NAI.

Special Campaign 2.0 is being carried out by the CAPFs across Leh to Itanagar. Other attached/subordinate offices are also participating actively. A large no. of tweets are also being issued by CAPFs and Delhi Police tagging @PIBHomeAffairs, and the same are being re-tweeted by the PIB twitter handle, as part of publicizing the Special Campaign. 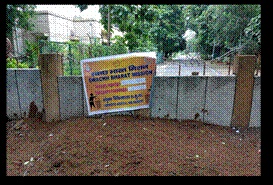 Before and After Images of Backside Area of Admin Block, CH Manesar(NSG) 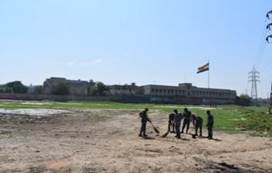 Before and After images of F204,204 CoBRA, Karanpur, Chattisgarh Odisha government to establish 306 new PHCs across the state