This meeting was chaired by the  Minister of Culture, Tourism and Development of North Eastern Region, Shri G. Kishan Reddy in presence of Minister of State of Parliamentary Affairs; and Culture Shri Arjun Ram Meghwal with top leaders of spiritual organizations.  Secretary of Ministry of Culture Shri Govind Mohan also graced the occasion.

On the occasion Shri G. Kishan Reddy said,  ”More than 1 lakh programs have been organized in 28 states, 9 union territories and more than 150 countries under the AKAM. This is a huge achievement for India after independence. AKAM is not just a government event but is the programme of 130 crore Indians”.  He also said,  “India has a large youth population and rising above religion, region, language all of them should come together to make India Vishwaguru”. 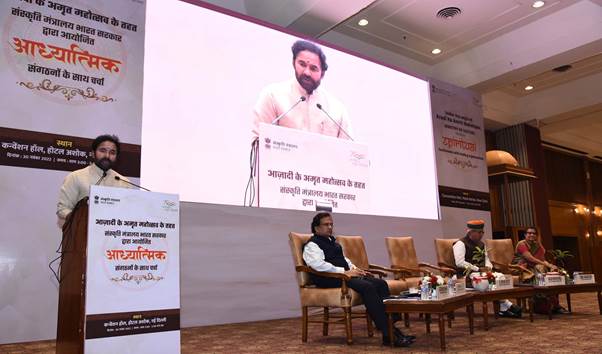 On the occasion Shri Arjun Ram Meghwal said, “Prime Minister Shri Narendra Modi has said that development of India should be humanity centric and this is only possible under the guidance of spiritual leaders”. Giving examples of Swami Vivekanand, Swami Dayanand he said, “Spiritual leaders have also played important role in the freedom struggle and India’s core value is spirituality ”. He further said, “There is a need to stay united and then only the dream of a developed India can be fulfilled”. 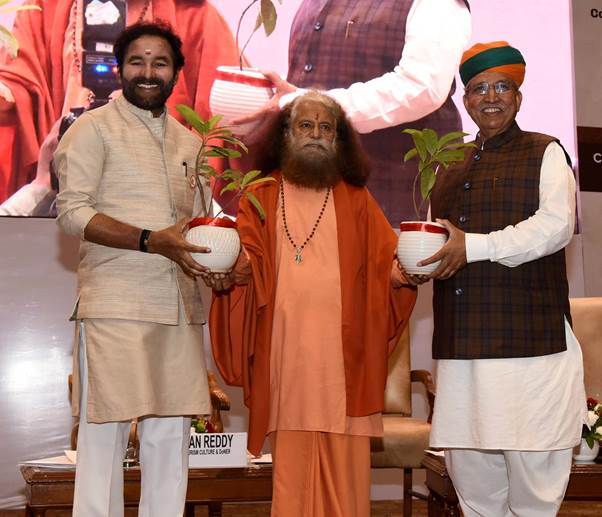 ‘Azadi Ka Amrit Mahotsav (AKAM)’ is an ongoing celebration to commemorate the 75 glorious years of a progressive independent India. It is dedicated to the people of India who have been instrumental in the development of the country and its evolutionary journey. In reference to Azadi ka Amrit Mahotsav, Ministry of Culture is organising campaigns against the theme of Cultural Pride.

BSNL and MTNL have become EBITDA (Earnings Before Interest, Taxes, Depreciation and…