Know The Story Behind The Melody Of ‘Commando 3’

With the upcoming release of Hindi movie ‘Commando 3’, November’s end is holding the minds with excitement. While fans are waiting to watch the action king Vidyut Jammwal on the silver screen, music wizard of ‘Commando 3’ Mannan Shaah has actually spelt magic on listeners. Speaking exclusively about his popular song ‘Akhiyaan Milawanga’ from the movie which itself narrates a story, here’s what he shares about his journey. Well! Calming down the curiosity though!

Being friends for eight years, this is the very first time when Mannan has collaborated with Arijit Singh for ‘Akhiyaan Milawanga’. He shares, “Long back, Arijit and I have been colleagues when we were working for two years with Pritam. Even though we are friends for eight years, we were waiting for the correct time to collaborate for the right song; something I wanted to present in a unique way.”

“People are very well acquainted now with the stream of Arijit Singh. But, then there is ‘Akhiyaan Milawanga’ which has a very different taste. It has a blend of Sufi music, then there is a Punjabi approach which makes Arijit sound afresh.”
The first of this movie series ‘Commando’, was the platform where Mannan had debuted and had been associated with it since then. Having a close and nostalgic connection with it, he regards it as his ‘practice pad’ when it comes to experimentation for a good outcome.

He has another song in the movie ‘Main Woh Raat Hoon’ sung by Ankit Tiwari. This song has a very unique base with a western approach which is delivering a new experiment done by Ankit Tiwari.

“‘Commando 3’ is even more special for me because of the fabulous director Aditya Datt. This was the reason behind his collaboration as he has a terrific music sense. ‘Aashiq Banaya Aapne’, ‘Table No. 21’ are the biggest examples of it”, he adds.
However, ‘Akhiyaan Milawanga’ holds a very special and separate share of his heart.

Till now, Mannan has worked with soulful voices like Atif Aslam, Ankit Tiwari, Rahat Fateh Ali Khan, Arijit Singh, and Armaan Malik. He is highly influenced by the works of Javed Akhtar and regards him as his inspiration. 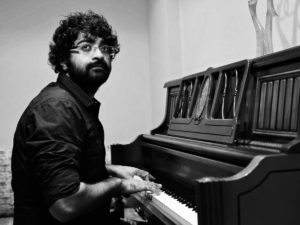 Mannan has observed that, in today’s India, the market following of sad songs or the genre of dark songs is more than in comparison to others. Having a strong sense of classical music, here is what he states as his approach towards a song, “I feel the prime and the strongest thing essential for a song is the melody. There you come half away. Then there are instruments, arrangements, situations, lyrics, and singing which pave another half easily. But if you don’t have the right tune, nothing will fall into place.”
Mannan is emphasizing on Indian classical music’s different kinds of ‘raga’ and ‘bhava’.
“The kinds of moods we have got in our Indian music, none in this world has. We have 250 ragas. And internationally, there are few majors and minors and set scale patterns, so people experiment less with them. In India, every state has its folk music, and there are ragas concerning time periods. So I try to derive and use such in the songs I make so that the mood in the melody or vice versa, will connect to the listener.”

In spite of being a fabulous music composer, Mannan maintains a very low profile and appears less in front of the world. Giving a note to his admirers, he says, “It’s a wish of mine to perform in a live show in front of a good crowd, and also to interact with people.” 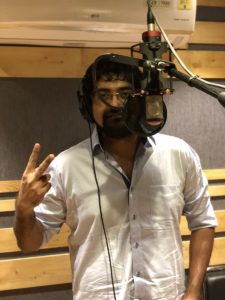 After Commando series, currently, Mannan has directed his focus towards independent music and is mainly collaborating with different music labels. To this, he says, “Independent Music is bigger than films nowadays. The scenario is going into a certain healthy and balanced transition of singles and films. Such will be giving musicians a level of exposure and exploration where they can experiment with creativity. There would be no requirement of mediation as the outcome will directly reach to the audience.”

More than music, Mannan is creating a platform by developing an app with a few fellow IITians which would enable everyone to sing. “The idea behind this is to build confidence and give the space that anyone who wants to sing can sing perfectly. Along with this, there is another concept where a deaf person could feel the musical waves and connect. So, we have been working on this edutainment concept, and we are hopeful for some positive conclusions very soon.”

2023 Men’s Hockey World Cup will be hosted by #Odisha