The event hosted Smt. Shubha Sarma (IAS, Commissioner-cum-Secretary Handlooms Textiles And Handicrafts Department, Odisha). Smt. Sarma discussed about her second book ‘The Awasthis Of Aamnagri’ with Debamitra Mishra (journalist). The conversation also included the role of joint family set up in today’s day and age, and also about the state of women. It was a treat for the crowd. 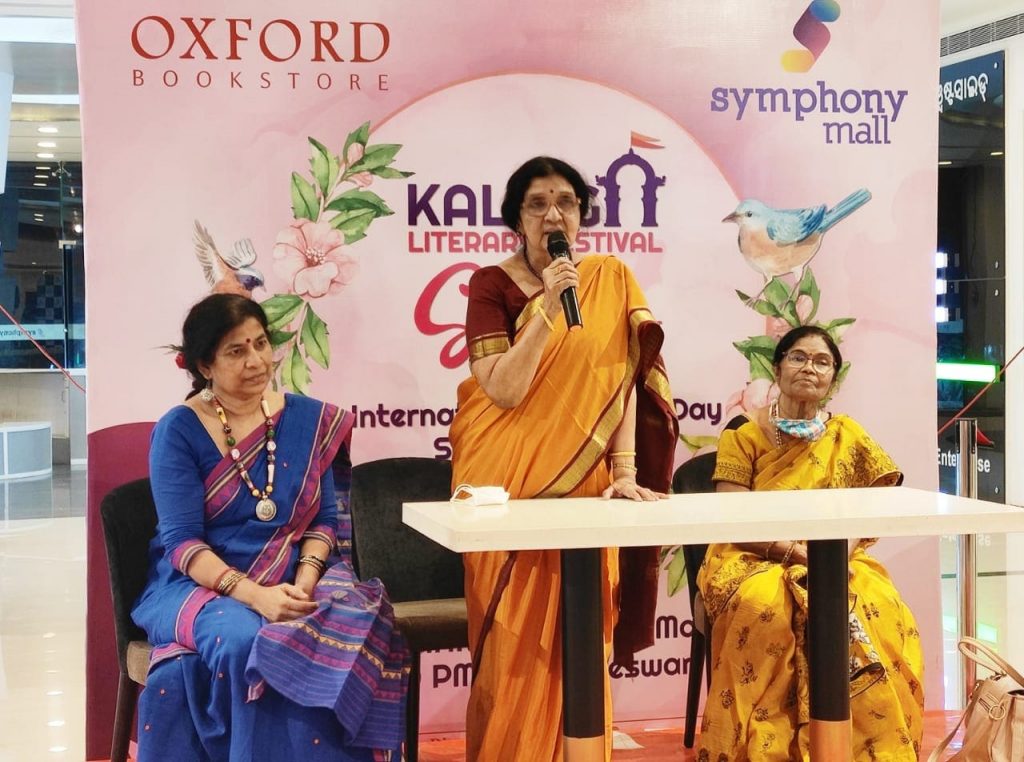 There was also a special felicitation ceremony where the veteran literary legend Smt. Sarojini Indrasingh and Smt. Pragyan Priyadarshini Pattanaik were felicitated.

To make the moment more special, kids who had performed in the dance competition on 7th March organised by KLF, Oxford Bookstore and Symphony Mall, were awarded accordingly.