Bhubaneswar: Joyeeta Roy, a known name in the Bengal Film Fraternity is creating a buzz in Odisha by introducing the First ever Agency in Odisha to work directly with Facebook and Instagram, a popular social media site among every generation currently. She owns signature 24 productions which started in 2018 and within short period they became a name in Ollywood Industry as they introduced the fashion trend of Blue tick verification on social amongst celebs which included popular names of Odisha like Sudarsan Patnaik, Kuna Tripathy, Akash Dasnayak, Babushaan Mohanty, Archita Sahu, Aparajita Mohanty, Manas Kumar Sahoo, Satyapira Padhan to name a few. The trend of Celebrity management agency which exists in Bollywood is slowly coming into Odisha along with Signature 24 Productions. 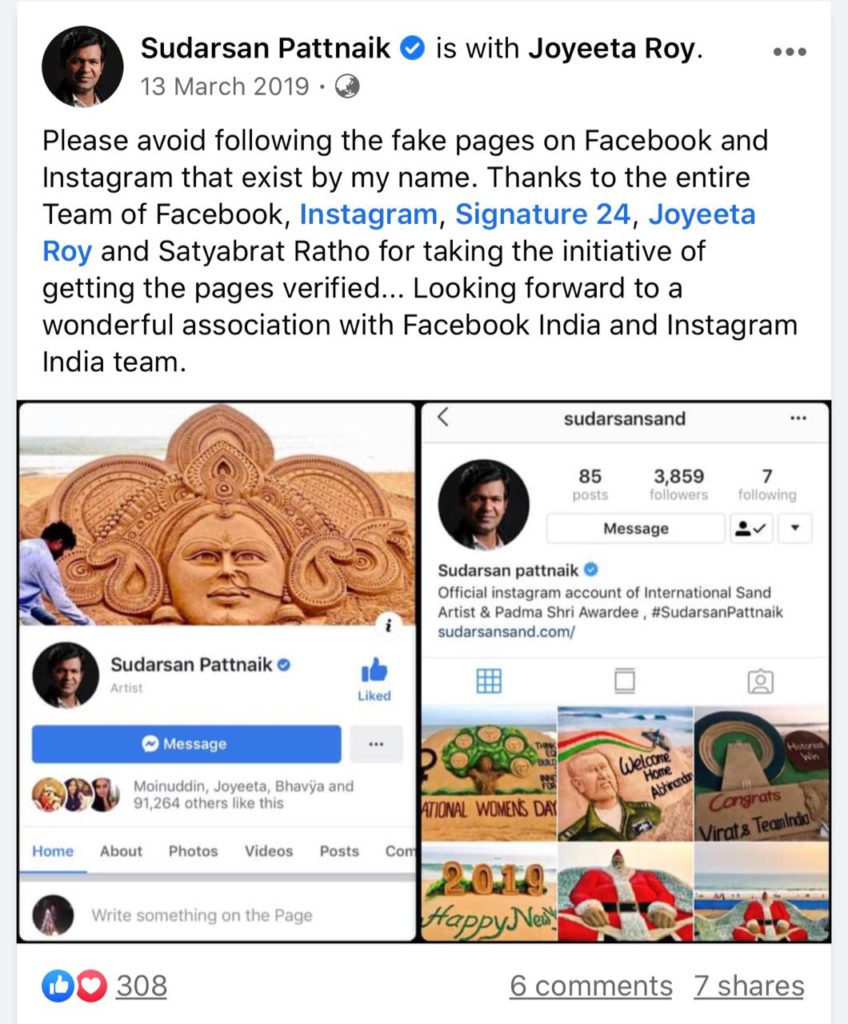 Blue tick has become one of those most coveted symbols in the social world. The badge, placed next to the user’s name, establishes that the account is an ‘authentic presence of a notable public figure, celebrity, or global brand.’ This trend has been there around the globe but the trend got introduced in Odisha by Joyeeta Roy and her team starting with Actress Archita Sahu followed by Superstar Babushaan Mohanty. Recently we got in touch with her and the young entrepreneur said, “I come from the Bengal Film Fraternity background where almost every alternate celebrity has this blue tick on their social media account which I did not see amongst the Odisha celebrities. When I started Signature 24 Productions, we thought of tying with Facebook which is the largest social media app used worldwide. This helped us to introduce this trend here in Odisha however a lot of taboo exist around this verification.” She further added that verification is a free service provided by all social media platforms across the world however people fall in the trap of paying in black market. Signature 24 Productions team has been very strict about this verification process. “Public verification forms are available to verify social media accounts on google. If a person is notable enough, they get through that easily to establish authentic presence. Our primary work isn’t account verification, it’s just that the people we manage exclusively, we help them with the process through our close association with the Facebook team and that to free of cost.” She even added that to get verified on social media you need to be notable highly when searched on google.

If your planning to verify yourself on social media, then start making your presence on social media notable and keep creating content to attract public notice.

Now, a heritage walk at Dhauli to narrate it’s glorious past