Sh.G Kishan Reddy said that with the pandemic behind us, the tourism industry is all set for a revival. As a travel destination, India offers a diversity of products and experiences. The rich heritage of India, one of the world’s oldest civilizations, is an all-embracing confluence of festivals, religions, traditions, and customs. The Union Minister added that for any global tourist, India is not just a place to see and visit, but a destination to experience and be transformed for life. If India needs to achieve its immediate goals of a 5 trillion economy and its long term goals of a developed nation then Tourism has a very important role to play. 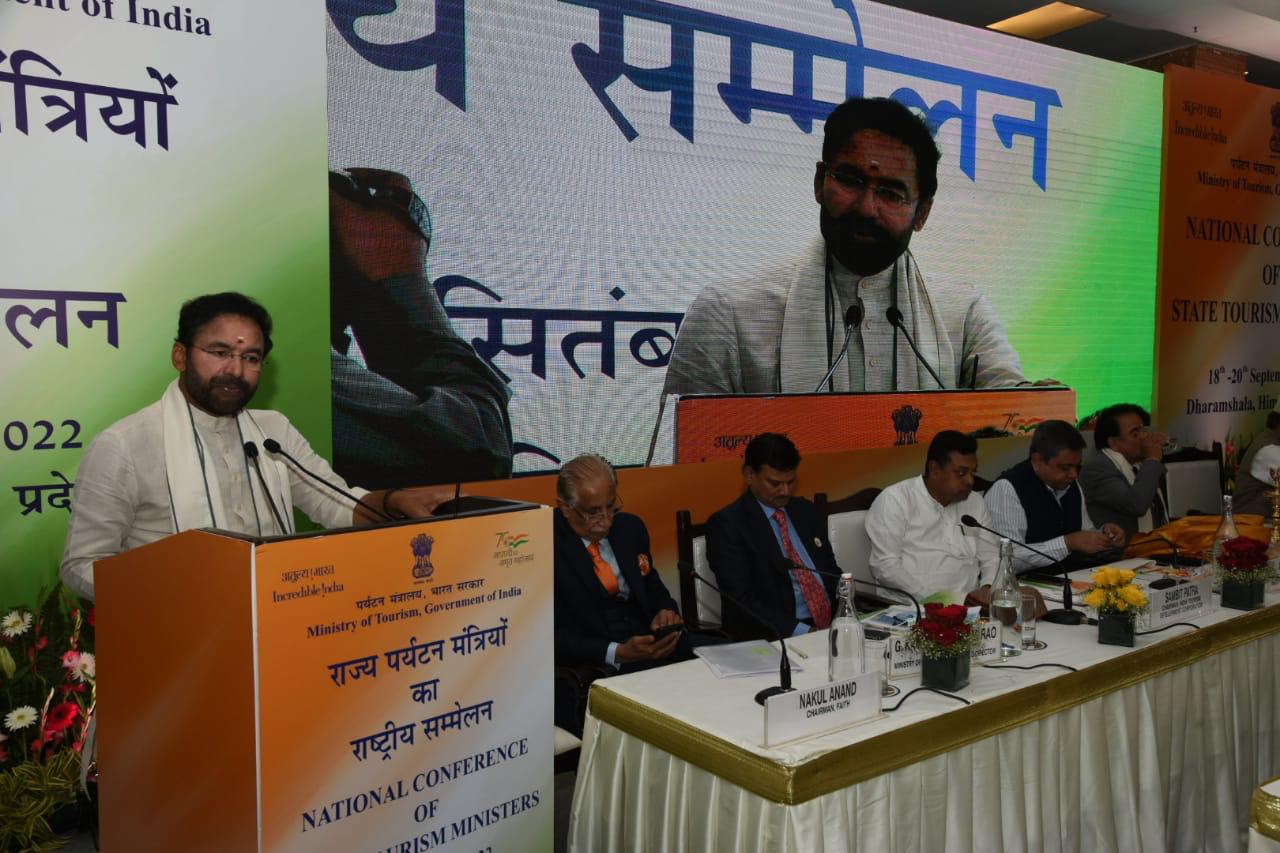 Shri Reddy said that Prime Minister Narendra Modi has emphasised on two aspects, First is Whole of Government Approach, where we breakdown silos and work together across Government Ministries. Second is we have to work as Team India,  where the Union Government and the State Government work together hand in hand for the benefit of the citizens. “I sincerely feel that, with all the government representatives, this is the perfect platform to put forth all perspectives and put in place a vision for the sector”, he added. The Minister further added that the support of local people and communities must be enlisted so that benefits of Tourism percolate down to the grassroots. Whole of government approach and Jan bhagidari can revolutionise Tourism sector in the country, added Shri G Kishan Reddy

Shri Reddy appealed that just like NSS, NCC we need to work on making Yuva Tourism clubs at all levels. States need to work on a war footing for establishing these tourism clubs which will familiarize the youth with the concept of Dekho Apna Desh. Shri Reddy also emphasised that to achieve true potential of tourism, the most fundamental requirement is to ensure coordination at every level. We need a proactive approach, from every stakeholder, be it centre, states or the industry.

Sh Jai Ram Thakur said, “It is a very important day for us today as representatives from all over India are here with us. I am delighted that Himachal Pradesh got this opportunity to host all of you. This is an excellent initiative by Ministry of Tourism. Himachal Pradesh presents lots of unique destinations to the world. “ 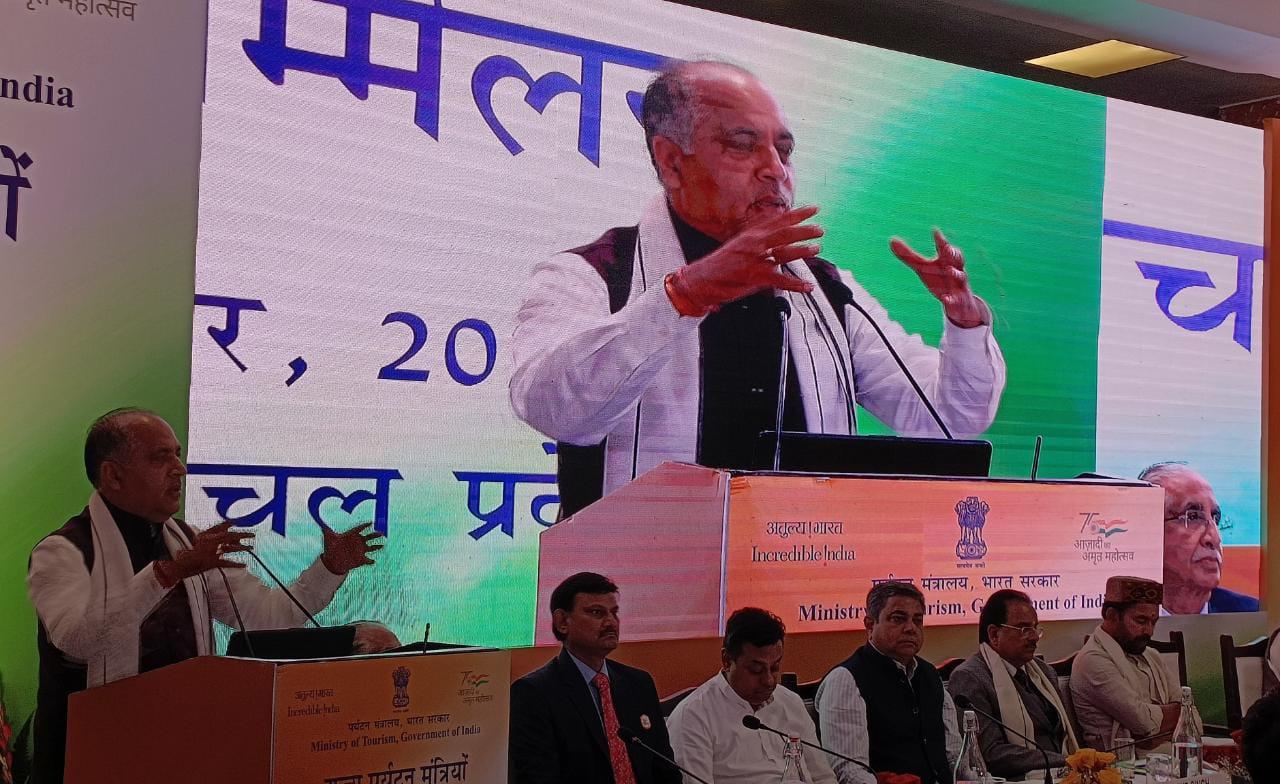 He further added that the tourism industry in India and Himachal was badly hit by the pandemic; however, now we are at the cusp of a change. He said, “Now, our government has also started the “Nai Raahein Nai Manzilein” scheme to highlight some of our lesser known tourist destinations. The state has undertaken multiple new projects to attract the tourists not only for a weekend but for longer stays too.” 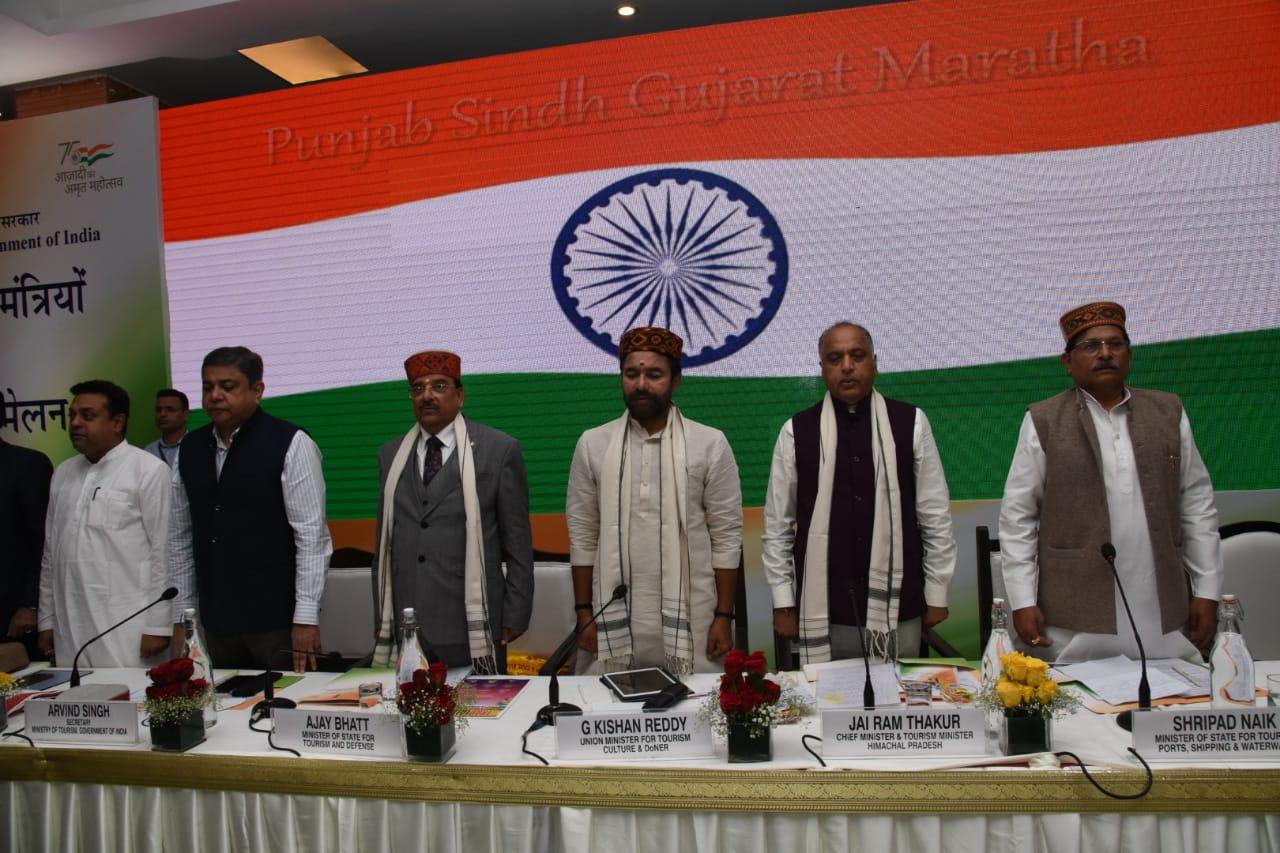 Sh. Shripad Naik, Minister of State for Tourism & Ports, Shipping and Waterways spoke of the successful implementation of the PRASHAD and SWADESH DARSHAN schemes of Ministry OF Tourism while also highlighting other major initiatives and efforts of the government to promote tourism. PRASHAD scheme, was launched by the Ministry of Tourism in the year 2014-15 for integrated development of identified pilgrimage and heritage destinations aims to provide last mile connectivity. The Minister also said, “The Ministry of Tourism has prepared a draft National Tourism Policy to promote India as a tourist destination in all spheres where it enjoys a comparative advantage”

Sh Ajay Bhatt, Minister of State for Tourism and Defence, suggested that it is the need of the hour to bring out our hidden cultural and natural facets to attract more tourists. “We have tackled the difficult times of COVID19 with the Dekho Apna Desh initiative. We are constantly moving forward under the able guidance of our Prime Minister. However, despite having one of the best natural beauties, India attracts less than 2% of global tourists; and, this only points to the potential that we can achieve.”, said the minister. 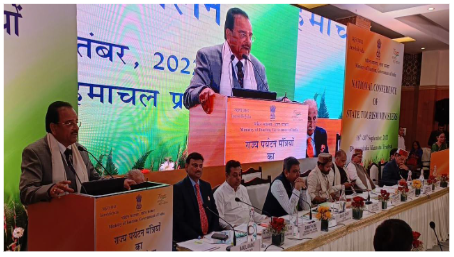 Addressing the gathering, Shri Sambit Patra, Chairman, India Tourism Development Corporation, said, “I firmly believe that as far as tourism is concerned it’s more about targeting the mental space. The first mantra is to appeal to the mental space with the right advertisement about our Incredible India. Pointing out the vast and diverse culture of the nation, he mentioned that in India ‘Kankar Kankar mein hai Shankar’ and we need to strive to highlight it for the prospective tourists.” He also added, “Under the able leadership of Prime Minister Sh Narendra Modi, India is striving to make new advances in the tourism sector with the Ramayan circuit, Buddisht Circuit, Himalaya Circuit, etc under the Swadesh Darshan Scheme”

Welcoming the dignitaries, Sh Nakul Anand, Chairman, FAITH said, “We meet together under a common cause which has provided livelihood to many. India, despite being the fifth largest economy in the world, accounts for a miniscule of world’s tourism share. COVID19 remained the worst crisis in tourism sector. This year brought a new ray of hope. The year ahead will also see the rise of travel in India as the nation emerges from the pandemic shock. We need to blend and promote the current tourism with our ancient culture.” He also added, “The tourism industry is now answering the demands of the times and we are moving to a tourism sector that focuses on experiential values “ 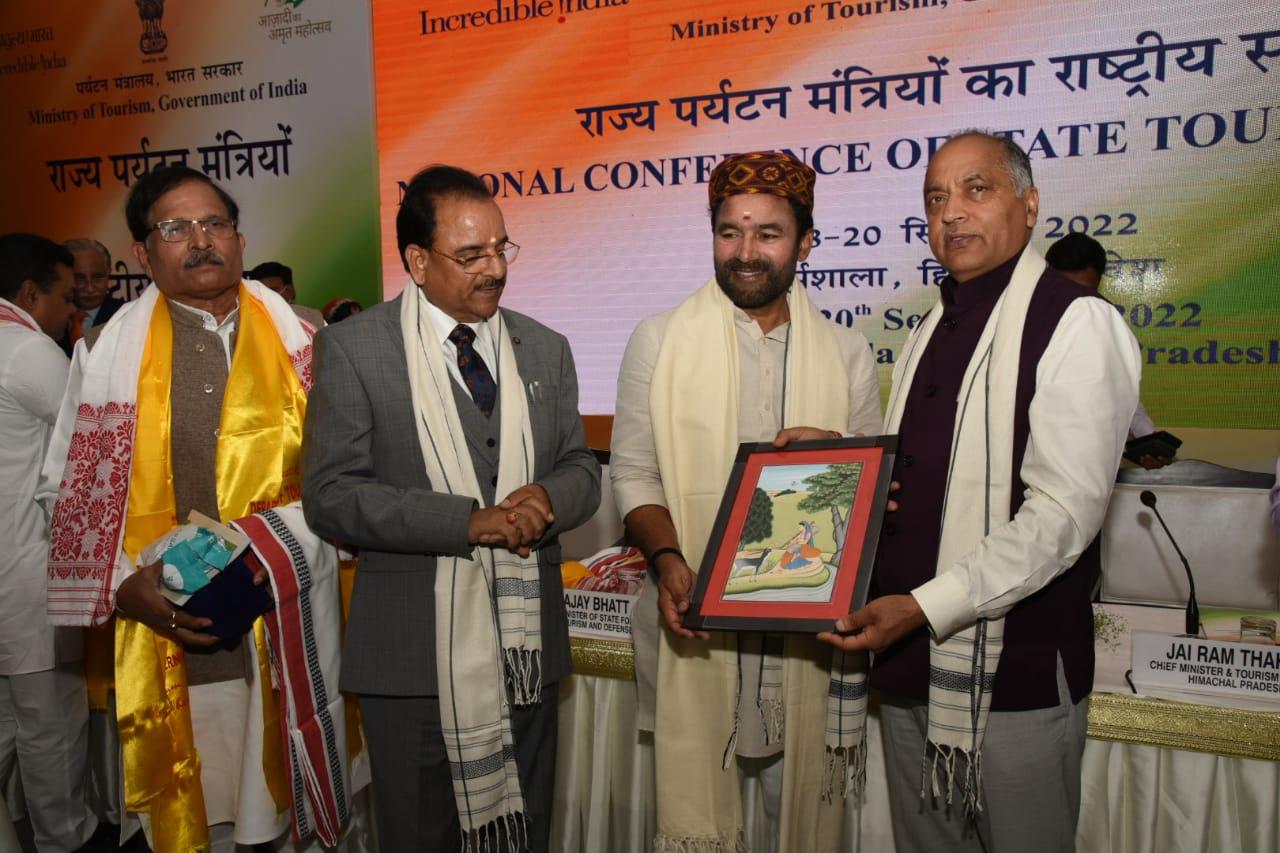 The conference is divided into thematic sessions on Development of Tourism Infrastructure, Cultural, Spiritual & Heritage tourism, Tourism in the Himalayan states, Responsible and sustainable tourism, Role of digital technology for the marketing and promotion of tourism destinations, Emerging importance of homestays in the Indian hospitality sector, Ayurveda, Wellness, and Medical Value travel, and lastly on Forest and wildlife tourism.