On 28 Oct. in 1971 Great Britain, which ruled India for over two centuries launched Prospero, its first Earth satellite. Indian Space Research Organisation (ISRO) built India’s first satellite, Aryabhata, which was launched by the Soviet Union on 19 April 1975 – less than four years than Great Britain did. 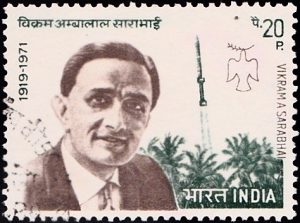 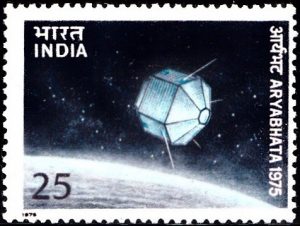 Founded on 1969, ISRO is celebrating its golden jubilee this year. The year also marks the centenary year of Vikram Sarabhai, the father of Indian space programme.

ISRO has a fascinating history.

The space research activities were initiated in our country during the early 1960’s, when applications using satellites were in experimental stages even in the United States. With the live transmission of Tokyo Olympic Games across the Pacific by the American Satellite ‘Syncom-3’ demonstrating the power of communication satellites, Dr. Vikram Sarabhai, the founding father of Indian space programme, quickly recognized the benefits of space technologies for India.

India decided to go to space. Indian National Committee for Space Research (INCOSPAR) was set up by the Government of India in 1962. With the visionary Dr Vikram Sarabhai at its helm, INCOSPAR set up the Thumba Equatorial Rocket Launching Station (TERLS) in Thiruvananthapuram for upper atmospheric research.

Indian Space Research Organisation (ISRO) was formed in 1969. It superseded the erstwhile INCOSPAR. Vikram Sarabhai, having identified the role and importance of space technology in a Nation’s development, provided ISRO the necessary direction to function as an agent of development. ISRO then embarked on its mission to provide the Nation space based services and to develop the technologies to achieve the same independently.

Throughout the years, ISRO has upheld its mission of bringing space to the service of the common man, to the service of the Nation. In the process, it has become one of the six largest space agencies in the world. ISRO maintains one of the largest fleet of communication satellites (INSAT) and remote sensing (IRS) satellites, that cater to the ever growing demand for fast and reliable communication and earth observation respectively. ISRO develops and delivers application specific satellite products and tools to the Nation: broadcasts, communications, weather forecasts, disaster management tools, Geographic Information Systems, cartography, navigation, telemedicine, dedicated distance education satellites being some of them.

India International Science Festival is being organized in Kolkata from Nov 5 to 8, 2019. Over 8000 delegates from across the world are participating in this festival, which offers several events- from fun and games to serious discourse.
I am attending the festival and shall chair a session on ‘Science Coverage in Regional Media – New Frontiers’ on November 7. Science coverage in regional media follow basically two tracks: information and education. Most of the reportage in regional media is about new inventions, products, services and medical procedures. The other kind of reportage relate to- why some natural phenomenon are happening. For example during cyclone and flood- there are reports and write-ups explaining its causes and consequences. The reports normally advise what to do in that situation and what not to do. Basically these reports attempt to educate and make people aware. There are reports regarding superstitious practices. However, in regional media there are also reports that help superstious practices to continue and thrive. I strongly feel- this needs to be addressed. Rural journalists need to be sensitized about such practices and occurances.

When I was a kid, both my ME and High schools had vegetable garden. It was de rigour for the students to work in it. Now, in Odisha, few schools have vegetable gardens. And few students work in the garden. Teachers are scared to ask the students to work in the garden, as it would amount to the charges of employing the students in labour. I have always told that this is wrong and is doing harm to the children and the school. Students need to engage with development activities of the school especially related to growing vegetables and cleanliness.  Every child should be exposed to the process of growing a plant. This would make them better and more responsible citizens.
It is good that the Union govt. has woken up to the idea. The HRD Ministry has sent instructions to Chief Secretaries and Education Secretaries of all states under the guidelines for School Nutrition (Kitchen) Gardens to issue necessary instructions to the state/UT for setting up of kitchen gardens in all schools. As per the guidelines, provision of seeds, saplings, organic manure, training and technical assistance under the scheme can be obtained by tying up with agencies like Krishi Vigyan Kendras, Department of Agriculture/Horticulture, Food and Nutrition Board, state agriculture universities and forest department.
I do not like government attempting to micromanage everything. It kills initiative and wraps everything into bureaucratic redtapeism . Allow the Headmaster of the school to take decisions to develop a garden in his/her school- the way he/she likes. Encourage by all means. And encourage the students to take part in gardening activities with the teachers.

From Ganesh Chaturthi, through Durga Puja, Diwali and till Saraswati Puja in February – this period is usually known as Puja season, which in other words is festive season. We Indians associate any festival primarily with food. Now, there are health-conscious young and not so young men and women who are into dieting, who eat with an eye on its calories.

Now here are 10 commandments of them, exclusively for Indian Festive season.

1. If you eat something and no one saw it – it has no calories.

(Please pick up the earthen lamps with respect

They gave light to all yesterday night

It is easy to be happy by burning somebody

They burnt themselves to create light)

The author, a journalist turned media academician lives in Central Odisha town of Dhenkanal. An anthology of his weekly column Window Seat, published in 2018 has been published as a book.

Write to him to get a free e-copy. [email protected]