The break-up of the cumulative figureas per the provisional report till 7 am today include:

The recovery of 7,948 patients in the last 24 hours has increased the cumulative tally of recovered patients (since the beginning of the pandemic) to 3,41,54,879. Sustained and collaborative efforts by the Centre and the States/UTs continue the trend of less than 15,000 Daily New Cases that is being reported for last 49 days now. 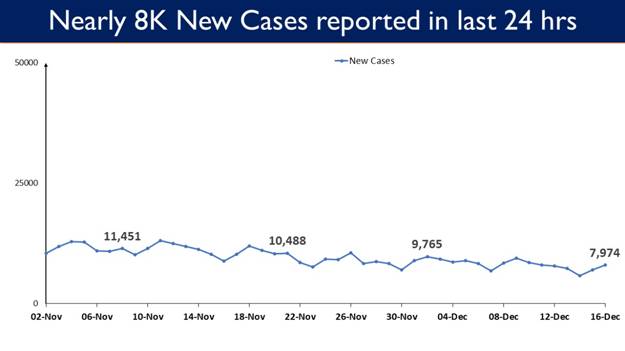 India’s Active Caseloadis presently at 87,245. Active cases constitute 0.25% of the country’s total Positive Cases, which is lowest since March 2020. 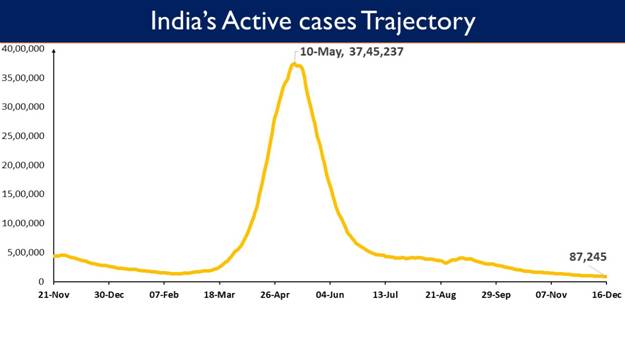 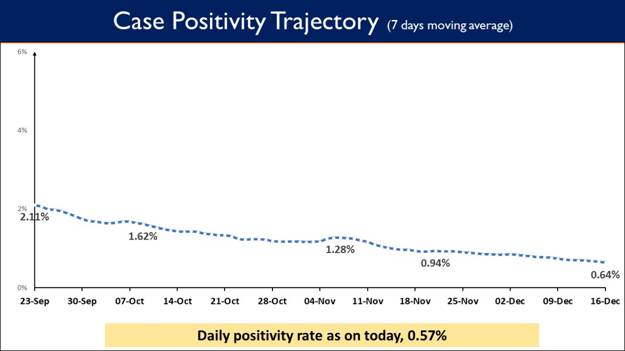