New Delhi: India continues on its steady trajectory of reporting a sustained downfall in the daily new cases and consequential decline in the active cases.

For the first time, India’s share of Active Cases within the total Positive Cases has shrunk below 2% (1.98)%. 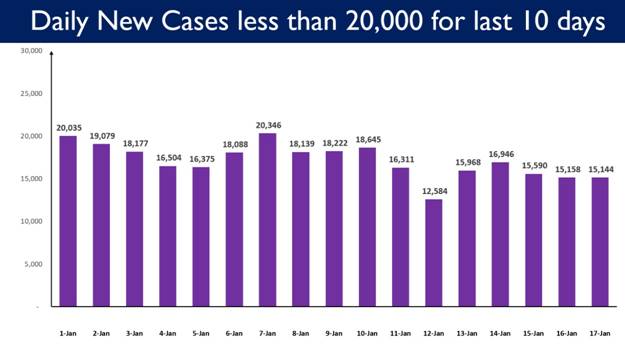 The figure shows the change in the Active Cases in the last 24 hours. Kerala has recorded the maximum positive change with an addition of 922 cases whereas Madhya Pradesh shows maximum negative change with a drop of 433 cases.

Kerala has reported the highest number of recoveries with 5,011 newly recovered cases in a single day. 3,039 people recovered in Maharashtra in the past 24 hours followed by 930 inUttar Pradesh. Kerala continues to report the highest daily new cases at 5,960. It is followed by Maharashtra and Tamil Nadu with 2,910 and 610 new cases, respectively.

Daily fatalities in India are also registering a consistent decline. India has recorded less than 300 daily deaths for the last 23 days. 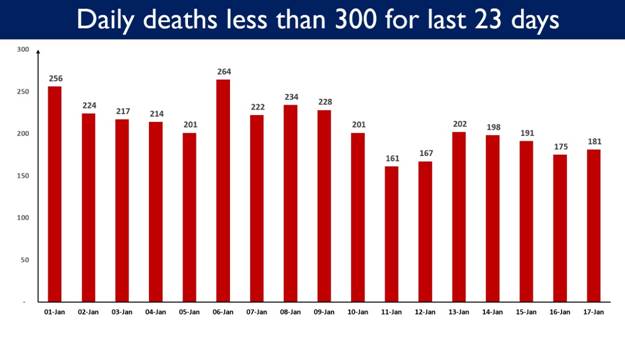 Through railways, we are connecting the areas that were left behind: PM Narendra Modi