On this occasion, Shri Birla expressed happiness on his arrival in Pune and bowed down to all the great sons of Pune including Chhatrapati Shivaji Maharaj, Lokmanya Tilak, Mahatma Jyotiba Phule, Gopal Krishna Gokhale. Describing the university as a temple of education, he said that universities generate new thinking, new ideas through which socio-economic changes can be possible.

Mentioning the participation of youth in governance, Shri Birla expressed hope that India will lead the whole world with youth power and will take its place in the frontline of the world by becoming a viswa guru. Describing democracy as the foundation of governance, Shri Birla said that India is the mother of democracy, and, in India, all decisions are taken democratically for thousands of years. He further said that the youth of the country are reinvigorateing the nation through technology, innovation and new ideas. Referring to the vision of Prime Minister Shri Narendra Modi for 2047, Shri Birla said that the youth will have to work with full dedication and hard work to make India a developed nation.

Presenting his views on the subject of leadership, Shri Birla said that leadership gives new energy and new direction to the country and the society. He further said that leadership, democracy and governance are interlinked and complement each other. Shri Birla emphasized on leadership from the economic social sector to personal and spiritual life and called upon everyone to make efforts in this direction. He emphasized on leadership based on collectivity and positive thoughts and said that the direction of the country has to be decided by democratic values only. Referring to the Amrit Kaal, Shri Birla said that after the freedom struggle, after the freedom struggle, India framed the Constitution which has guided the country with the values of justice and equality. 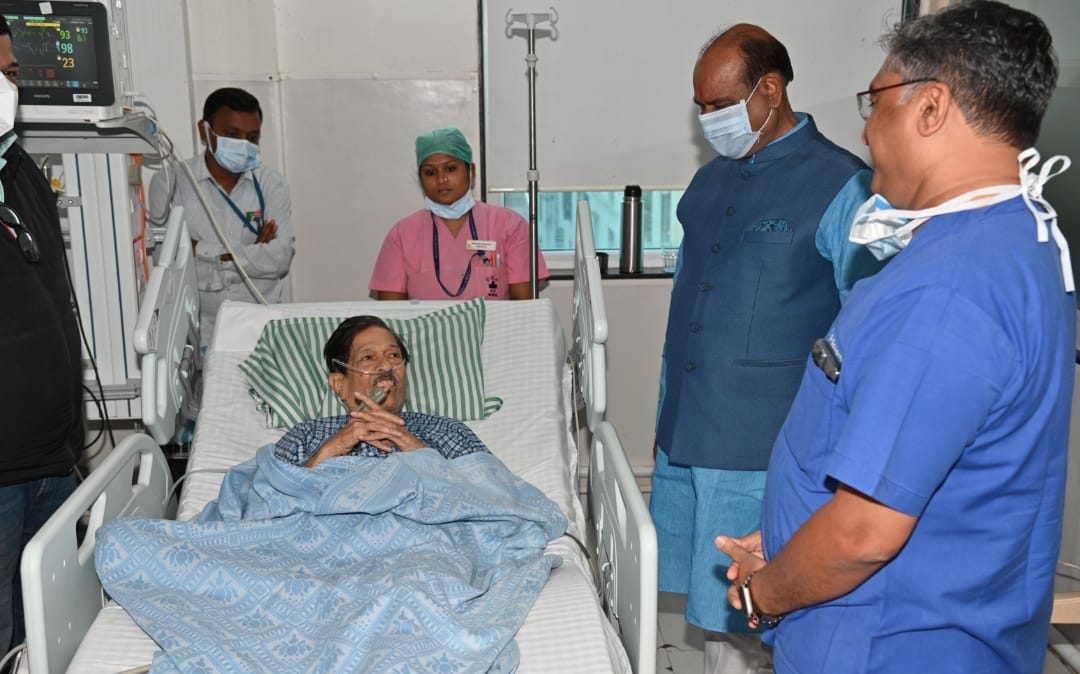 Shri Birla welcomed the G20 conference being held in India, the mother of democracy. Regarding India’s presidency in G20, he said that India is working on the basis of the values of Vasudhaiva Kutumbakam. Referring to the global pandemic Corona, Shri Birla said that during the Corona period, inspired by its human values, India worked to deliver the vaccine to the whole world. Regarding India’s democratic heritage, Shri Birla said that Indian democracy has been giving direction to the country for a long time.

Addresses at All India Agarwal Society

Lok Sabha Speaker Shri Om Birla also addressed at the All India Agrawal Society during his visit to Pune today. Describing the Agrawal community as hardworking, cultured and dedicated, Shri Birla said that the Agarwal community has contributed a lot in the progress and prosperity of the country. He further said that the education and values given by Maharaja Agrasen keep the Agrawal community in the forefront of continuous social service and social welfare.

In the context of the best role of Agarwal community in many initiatives like education, health, economic development, employment generation, Shri Birla said that from freedom struggle till Amrit Kaal, Agarwal society has fulfilled many resolutions for socio-economic change. For this achievement, Shri Birla appreciated the entire Agrawal community and expressed happiness. Describing human service in times of disaster and crisis as the heritage of the Agrawal society, Shri Birla said that even during the Corona period, the Agrawal community worked with dedication and sacrifice in the world-wide difficulty through collective efforts and benefited the society.