Five of the Great Sports People of the Last Decade

The last ten years in sport have been something else as we have had a variety of top athletes rise to the top in a wide range of sport. It is pretty difficult to pick out some of the best, but we are going to give it a very good shot and give you five of the best sportsmen and women of the last decade. Of course, you are more than welcome to disagree with our selections. The fact that sport is open to so much debate is what makes it so entertaining to watch. So, without further ado, let’s crack on.

The last decade has seen the American runner solidify her place as one of the greatest athletes of all time. During this time, she won no fewer the five World Championship golds and five Olympic golds, meaning that she is now the world’s most decorated track athlete.

The sprinter from Los Angele opened up the decade by winning 4x100m gold at the World Indoor Championships and two golds in the relay races at the World Championships in South Korea in 2011. However, her most successful championships of the decade was the 2012 Olympic Games in London. She picked up a gold medal in the 200m and a gold medal in both of the relays becoming the first ever American woman to pick up three athletics golds at the Olympics since Florence Griffith-Joyner did so in 1988.

She won her first major 400m gold medal at the Beijing World Championships in 2015, running a PB of 49.26. By winning this race, she became the first woman ever to win 200m and 400m world titles. At the Rio Olympics, she fell just short of another Olympic gold when she was beaten by just 0.07 seconds. She did not let this disappointment get the better of her and she helped the American team win the 4x100m and the 4x400m relays. This took her Olympic medal haul to six golds and three silvers.

At the Olympics in Japan in 2021 (postponed a year because of the pandemic), she picked up a bronze and gold medal to become the most decorated female track and field athlete ever. She is, without doubt, one of the best female athletes of all time.

On Christmas Eve back in 2009, Virat Kohli replaced Sachin Tendulkar at the batting crease and scored his first century for India as they went on to beat Sri Lanka in an ODI in Kolkata. Gautam Gambhir was the player that took all the headlines that day with his unbeaten 150, but Kohli had just showed the world what to expect in the next decade.

In the decade since, Kohli has become a standout player in all three cricket formats, averaging 51.14 in Tests, 59.07 in ODIs, and 52.65 in T20Is. He now has 27 Test centuries to his name and 43 ODI centuries. Rather than get weighed down by the weight of expectation on his shoulders from a country that adores cricket, Kohli thrives on it.

He was a World Cup winner back in 2011, the first ever Indian captain to guide his side to a Test series win Down Under, he took India to the number one Test team in the world and has won all nine home series since he took over as captain. Even when he has been going through tough times, such as when he played in England in 2014, Kohli responded emphatically. A couple a months after that tour of England, he hit four centuries, and when India played in England in 2018, he hit just under 600 runs, including two centuries. When it comes to online cricket betting.

Phelps is the world’s most decorated Olympian as he has won an outstanding 23 gold medals, three silvers, and two bronzes across five Olympics. A dozen of these medals, which includes nine golds, were all won in the last decade. The first ten years of the century might have seen him win more medals, but the second ten years definitely cemented his legacy.

He owned the 2008 Olympics in Beijing, collecting eight golds from the eight events that he swam in, and when the 2012 Olympics came along in 2012, he was still the best swimmer in the world. At those games he picked up another four gold medals and two silvers. This meant he now had 22 Olympic medals, meaning he beat the record of 18 that was held by Larisa Latynina, a Russian gymnast.

Phelps announced his retirement after London 2021, but he soon changed his mind and qualified for his fifth Olympics. Phelps went along to Rio and collected five golds and another silver. This included a 200m Individual Medley gold, meaning that he was the first swimmer to pick up four golds in a row in the same event. 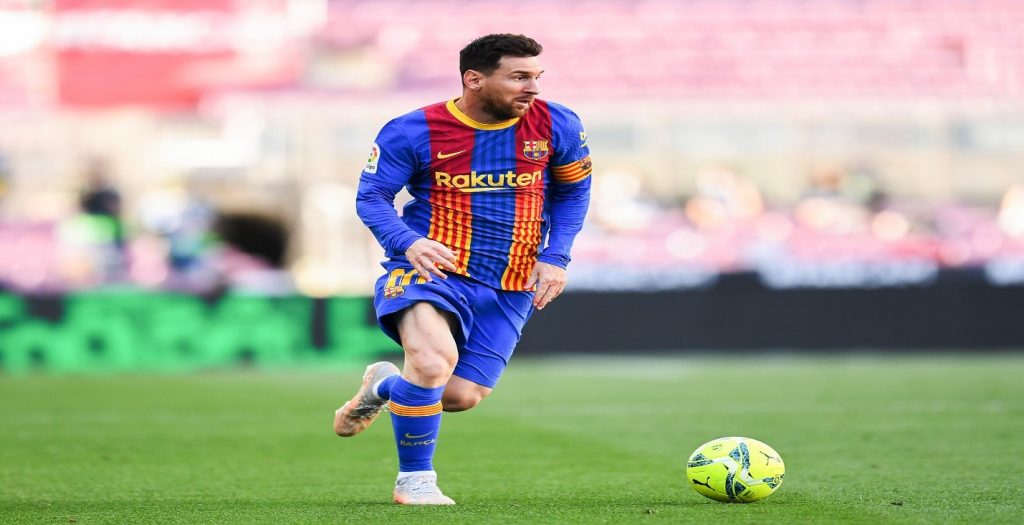 In January 2010, Messi bagged himself a hat-trick against Tenerife, and his third goal was so good that it even drew applause from opposition fans. A couple of weeks later, Messi got a similar reaction when he scored against Atletico Madrid. In fact, his winner was so good that even the Atletico manager, Diego Simone, applauded it. He was potent at the start of the decade, and this has not waned at all in the ten years since. His goal tally for the last decade is an incredible 521 goals in 518 matches.

In the last ten years, he has won the Ballon d’Or five times, which makes him the first ever footballer to win this coveted award six times. When it comes to silverware for the decade, he has won six La Liga titles and two Champions League titles. There were many that claimed that he could not be considered a true great until he won an international trophy, and in 2021 he finally broke that duck when Argentina won the Copa America.

What makes him a genius on the field is not just his goal scoring threat, but also the fact that he provided 191 assists in the second decade of the century. Messi can do everything, and he is the reason why football fans make a pilgrimage to Camp Nou. In 2021, he bid an emotional farewell to Barcelona and joined PSG, who will be hoping that he can use his magic to help them win the Champions League.

In 2010, Ronaldo had a Champions League medal and a Ballon d’Or under his belt. He started the decade as a star, and he ended it as an icon.

Between the years 2012 and 2018, he was the Champions League top scorer, and these goals helped Real Madrid to win four of them. In doing so, Real became the first team to manage to retain the trophy and then they went one better by lifting the trophy three times in a row. Out of the four finals, he scored in two of them and he scored in the shootout of another. He did not score in the 2018 final, but his amazing bicycle kick against Juve in the quarter-final is one of the best goals you will ever see.

After Real, he signed for Juve and in three seasons at the club he won the Serie A title twice. He has won major league titles in England, Spain, and Italy and this is something that causes many people to say that he is better than Messi. In 2016, he captained Portugal to a very unexpected win at the European Championships. Although he got injured early on in the final against France, he played a huge role in helping his country reach the final. He scored twice against Hungary in the group stage to ensure that Portugal did not suffer an early exist. He also scored in the semi-final against Wales. In 2019, he took Portugal to success in the Nations League.

He finished the second decade of the century with 99 international goals under his belt, and in a World Cup qualifying match against the Republic of Ireland, he scored his 110th and 111th goal to break the record for most international goals scored. He has won five Ballon d’Ors and it is no exaggeration to say that the last decade belonged to Ronaldo.